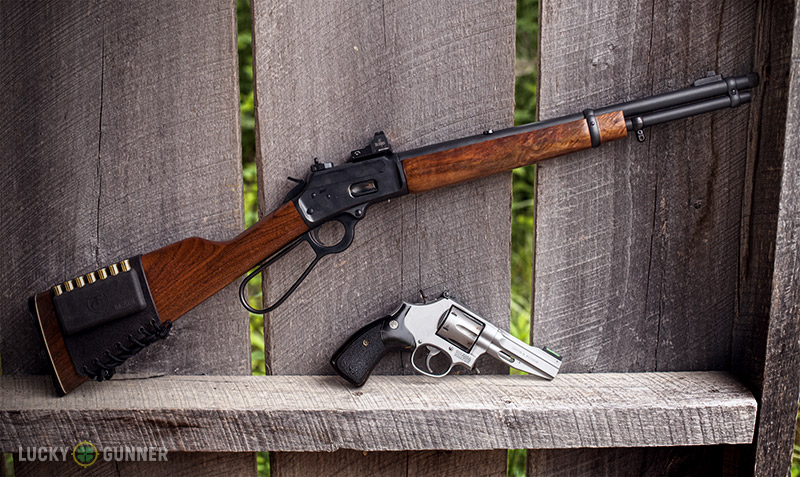 In this second post of our mini-series on pistol caliber carbines, I’ll try to explain my fascination with these guns; a class of rifle that seem to be kind of okay at a lot of things but not particularly great at anything. I mentioned briefly in the last post that for me, one of the most attractive things about these rifles is how practical they are to own and shoot, both from a financial point of view and as a matter of convenience.

Owning a rifle that doesn’t carry the cost typically associated with feeding a rifle is a truly great thing. Ammo prices regularly fluctuate, but the most affordable rifle ammo is often 20-40% more costly than the most affordable centerfire pistol ammo. Even in the rare periods when rifle ammo can be found cheaper than pistol ammo, there is still the convenience factor. Stock up on one caliber for your handgun, and you automatically have ammo on hand to shoot in your rifle. I personally shoot my handguns about 90% of the time I go to the range and long guns only about 30%. As a result, it’s easy for me to forget to re-stock on .223 or other rifle calibers. However, I always keep plenty of 9mm and .38 special on hand, making it easy to grab either my 9mm carbine or .357 lever action at the last minute when I’m heading out for some trigger time with my pistol or revolver. This convenience factor won’t work out to be an advantage for everyone, but for someone who primarily shoots handguns, but also tries to stay in practice with rifles, PCCs offer a great solution.

Let’s not pretend these carbines are something they’re not: shot for shot, a 9mm, or even .357 magnum or .45ACP fired from any barrel, rifle or pistol, simply cannot compete with the effectiveness of any true rifle round when it comes to personal protection. No one should purchase a PCC thinking it’s “just as good” as an AR or AK as a tool for personal protection. However, self-defense experts who know a whole lot more than me about trading bullets with bad guys are often heard repeating the mantra that “shot placement is king” or the similar variation, “only hits count”.

If the convenience and lower cost of shooting handgun ammo in a PCC allows you significantly more time in practice and training versus what you’d be able to manage if you were buying centerfire rifle ammo, then gaining that extra proficiency may very well be worth a lot more than the theoretical “stopping power” you lose with a weaker caliber. If you use that extra trigger time wisely to increase your level of competency with the rifle, you just might become an expert marksman with your PCC where you might only be able to train enough to become marginally adequate with your full power centerfire rifle.

Some will argue that a true centerfire rifle paired with a .22 LR for practice is a better option than a PCC, and still economical. Rimfire rifles are often very inexpensive, and the ammo is by far the most affordable per round. But shooting pistol ammo instead, even in training, carries the benefit of having some felt recoil where the .22 LR has almost none. This may not seem like an advantage when working with a first time shooter who benefits the most from the lack of recoil in the 22. But for more experienced shooters, the PCC offers enough of a kick that one still has to learn the skill of recoil management, which is not possible on a 22. For pure marksmanship skill building on a static range with no time restriction, it makes more sense to use the 22. Learning effective use of the rifle for self-defense, on the other hand, requires practicing with a gun that barks back a little bit, and a PCC fits the bill just fine.

One final note on the convenience factor, because someone is sure to point it out if I don’t; PCCs also sometimes carry the benefit of sharing magazines with a pistol you may already own. Carbines that use Glock, Beretta, 1911, or older S&W autos are relatively easy to come by. It’s both convenient and frugal to buy a rifle when you already own a drawer full of mags to feed it. However, this handy feature of PCCs is sometimes assumed to come with some kind of major tactical benefit. Let’s be honest; in what scenario would having common mags between rifle and pistol completely trump the advantage of being armed with a significantly more capable rifle?

In fact, there is no solitary factor that would make the PCC a better choice for someone choosing between a PCC and a full power semi-auto rifle. Like I said, they aren’t great at any one thing, so there’s not a singular attribute makes them stand out. But the PCC as a concept has a few other perks that I have yet to mention, including a couple of the best ones. Come back tomorrow for details. For now, let us know in the comments if you’ve ever owned a pistol caliber carbine and what you think of it. Is it convenient and economical, or just taking up room in your safe and playing second fiddle to a “real” rifle that you shoot more often?