With a history of over 100 years behind it, the 1911 is as iconic now as it was when it set the standard for semi-automatic pistols years ago. For some, it still sets the standard today.

I have a special place in my heart for the 1911. It was the first gun I ever bought and carried. Over the years I’ve owned somewhere around twenty 1911s from Para, Llama, and Springfield to Les Baer, Wilson Combat, and Nighthawk Custom.  There were also a few Kimbers and Colts thrown in for good measure, as well as many sizes and calibers.

I have more books about 1911s than I do about cooking, which may or may not tell you something about my cooking. It is the gun I’ve played around with the most, and it is the gun that I have both loved and hated in the extreme.

You can’t journey far down the road of handgun shooting without becoming aware of this model, and many people find themselves compelled to try at least one.

The talk across gun counters, volleyed around the internet, and shared at gun ranges will keep the 1911 relevant for another 100 years, but before you dive in, there are some things you should know about our beloved John Mosses Browning’s design.

There are a lot of things to love about the 1911 that drive consumers to them and keep fans loyal.

Most guns will out-shoot their operators, but there’s something to be said about a well-manufactured 1911. Whether or not it can be classified as the most accurate production firearm is an ambitious claim, and obviously debatable. However, there’s something about the short, light trigger, the comfortable weight, and long sight radius that seems to bring the best out of its shooters. 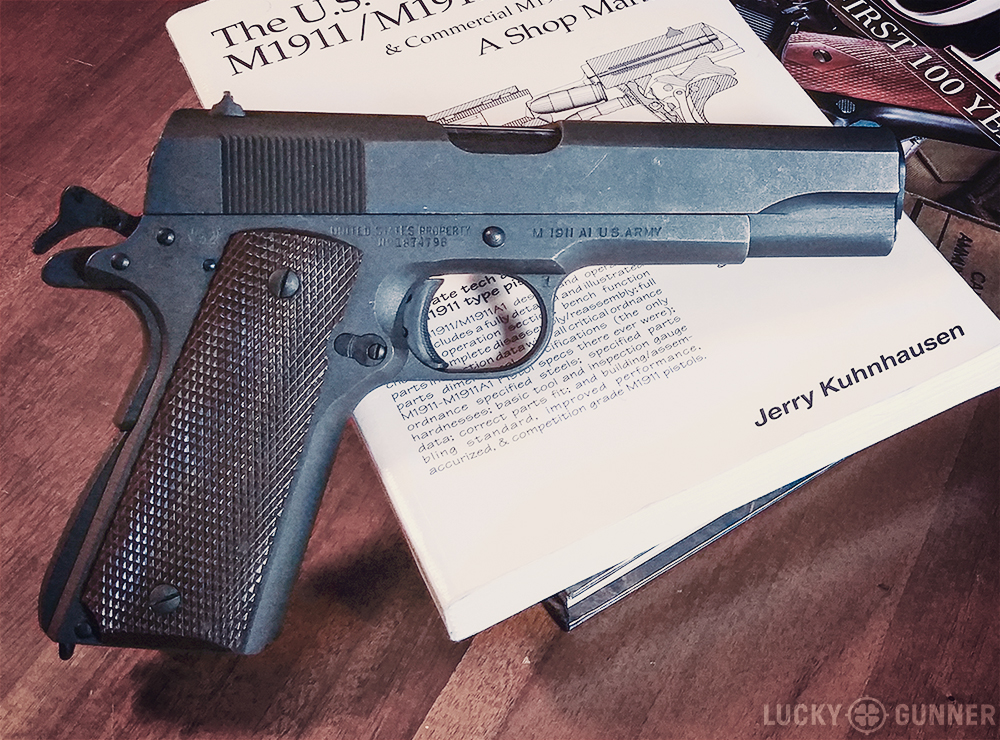 If you haven’t heard the phrase “Nothing beats a 1911 trigger,” you probably haven’t been around the gun community long. Lots and lots of people love this trigger.  However, it has some new competition due to the advances in trigger technology as well as individual shooter preferences.

The triggers on most standard 1911s are described as “crisp,” “light,” or “sweet.” The break—the moment the sear releases the hammer to fire the gun—is often described as breaking a glass rod. It’s clean, immediate, and distinct. There is very little excess movement or over-travel (the distance from the break to where the trigger can no longer move rearward), the reset can be measured in millimeters, and depending on make, model, and custom work, the amount of pressure required to take a shot can be as little as 2-4 pounds. This may seem dangerously light to some, but to many competition shooters, it’s Goldilocks.

Safeties (if that’s your thing)

The 1911, as designed by John Mosses Browning, has several safety features. Two of those safeties—the thumb safety and the grip safety—require active disengagement. In the 1930s, Colt dabbled with a third safety; a firing pin block that was activated by the grip safety. They quickly abandoned the concept but resurrected it with the trigger-activated series 80 firing pin block in ‘83. Other 1911 manufacturers use variants of one or the other, and some leave it out completely.

The 1911 parts aftermarket has no rival in the handgun world…yet. There are very few firearms with as much customization available. Some things like grip panels and sights can be changed in your living room, and, with a little willingness to learn, an ambitious person could potentially build a 1911 from spare parts. 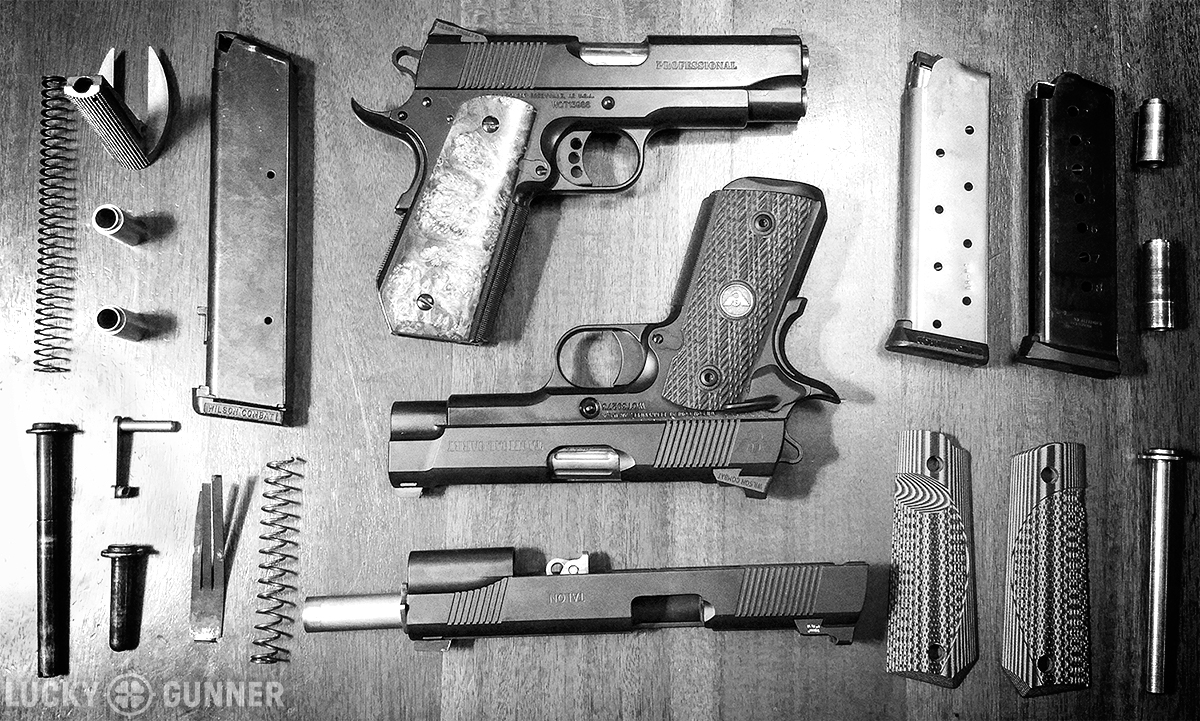 There are extended slide stops (or releases, depending on your preferred nomenclature), high or low profile and ambidextrous thumb safeties. Guide rods can be general issue or full length. Mainspring housings can be textured, bobbed, or decorated, or they include a magazine well. Beaver tails can be short, long, or anything in between while triggers can be skeletonized, short, long, flat or any variation in between. Hammers can be Commander, flat, or spurred. The opportunities to customize are nearly endless. And that’s not even getting into the finishes.

The first 1911 to roll off the production line 104 years ago had a five-inch barrel and a standard magazine capacity of seven cartridges. It was chambered in .45 ACP and made of steel. Over the years, grips and barrels have shortened to meet the demand for lighter and more compact carry guns. For the competitor or enthusiast out there, long-slide variants were also created. Frames can be found in a variety of alloys and polymers to shed weight, and 1911s can be found in calibers ranging from .22LR to the .50GI.

It’s not all sunshine and roses for the 1911, however. It has its downsides.

Low end 1911s like Rock Island and Girsan will still set you back $300 or more. Many production model Wilson Combats start north of three grand, but your average 1911 will cost between $700 and $1,000 if you aren’t looking for too many bells and whistles. This is a stark contrast compared to the price of other modern service pistols.

Safeties (if that’s not your thing)

Not everyone appreciates the existence of the external safety. Some argue that the external safety features can be missed in a critical self-defense moment, rendering a gun useless when it’s most needed. 1911 aficionados largely purport this as a training issue, and there’s little evidence to back up either claim, so the war will rage on.

Let’s face it, for the size and weight of guns these days, a standard capacity of seven or eight cartridges in a full or midsize gun is a little yesteryear. Sure, there are double-stack 1911s that have capacities that rival their high-capacity competition, but they are not as easy to find as their single-stack sisters, cost-prohibitive, and don’t necessarily have a reputation for reliability. 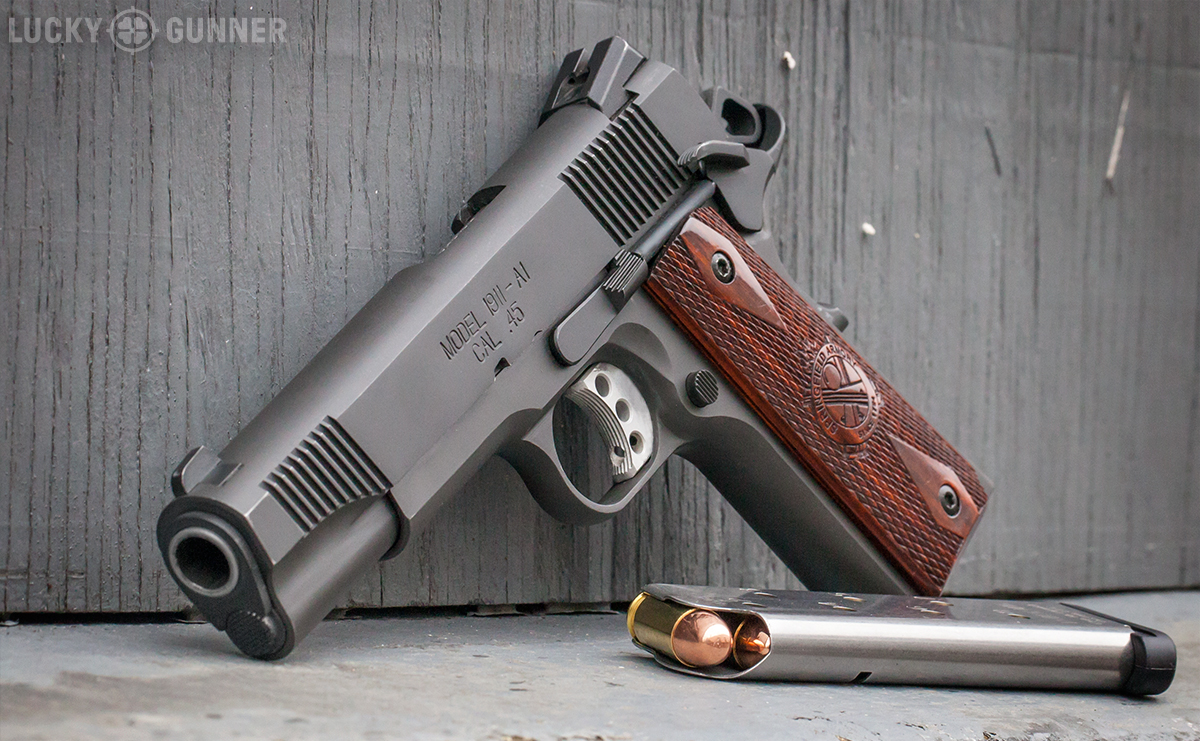 A steel, single-stack 4-inch 1911 is almost a pound heavier than any single-stack polymer-framed gun and still a few ounces heavier than a fully-loaded Glock 19. While that doesn’t seem like much on the surface, when carrying it around, those pounds can start to feel a little heavy, particularly when you consider the fact that you’re carrying half the ammo of a Glock 19 for the same weight.

Some people find comfort in the weight of steel.  Others find it to be a negative trade off.

Too Much Of A Good Thing

There is such a thing as too much of a good thing, and that is certainly the case with the 1911. With around twenty manufacturers producing some variant of the 1911 (not including the small custom shops like Volkmann or Heirloom Precision), it should be no surprise to anyone that the market is saturated with options, and not all of them are good.

The $300 GI model you picked up on the cheap will likely not shoot like a $4,000 Wilson Combat. That they can both be called 1911s, however, sets naïve consumers up for a rude awakening regarding quality control and expectations.

Those who experience poorly made 1911s tend to paint the model with the broad brush of disappointment, not taking into account the inequality of the market. Others, who get a taste of quality-built guns but recoil at the price, search in vain to get their fix with lesser substitutes or put off buying their dream gun altogether.

In addition to the range of manufacturers and quality is the range of features and options. One can choose options like length of barrel or frame, the type of beaver tail and grip safety, the shape and features of a mainspring housing, the type of sights and hammer, and whether or not the frame has a rail. All these options can be overwhelming, leaving the indecisive buyer stuck and confused, possibly even purchasing a firearm that doesn’t suit their needs.

And that’s not even going into magazine choices.

Finally, we come to the ugly parts of the 1911. Well, most 1911s are beautiful, but from time to time, opinions and bad experiences can taint their image and leave them with a stain not easily rubbed off.

1911s have a reputation of being picky guns. If you talk to any true JMB-disciple who’s owned multiple 1911s through the years, he’s probably run across more than a few who were problem children. Out of the twenty or so 1911s I’ve owned, at least four have been malfunction-heavy to the point where they were moved along rather quickly. A few more were finicky when it came to ammo or needing to be cleaned after so many rounds, and the rest ran as reliably as you would expect a firearm to run. Some shooters have had better results than mine. Others report far worse.

Either way, for the price, many feel the uncertainty of quality makes them an unnecessary risk. 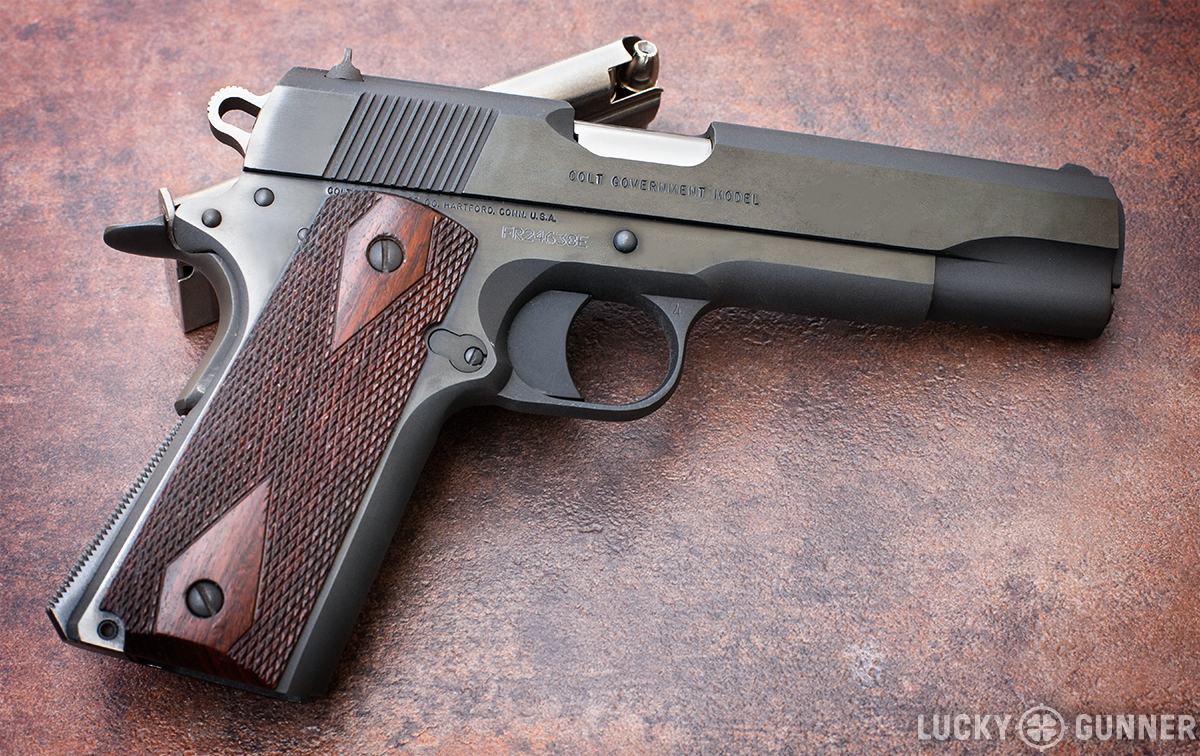 This questionable quality is largely driven by the wide variety of manufacturers and the wide range of quality control and cost-cutting measures. Even well-known and reputable companies have taken short-cuts that have resulted in problematic guns and damaged reputations.

Most gun manufacturers these days will stand behind their products enough to guarantee a working product, eventually. Some shooters wonder if it’s worth the time and effort.

Home Gunsmithing and the Used Market 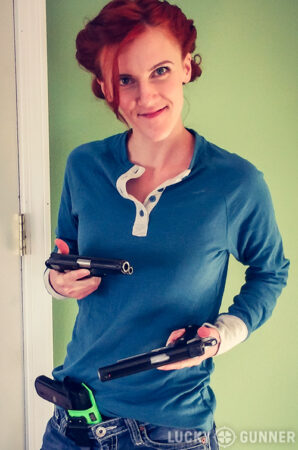 When it comes to used 1911s, if you aren’t already versed in the design and how to spot trouble (and sometimes, even if you are) you run the risk of buying a Frankengun—something someone has taken apart and pieced back together with his own parts, smithing, or tinkering. He might not disclose this information when he sells the firearm or disclose that the reason he’s selling it is because he irrevocably altered its performance. He just wants to get rid of his project gun to move on to his next victim. And you’re stuck with his monster.

Thankfully, Frankenguns are becoming more rare, but when they are found they tend to be 1911s. The accessibility of aftermarket parts and Dremel tools makes them almost irresistible to tinkerers and fantasy gunsmiths.

One of my favorite guns is a 4.1” Wilson Combat Professional in .45 ACP that my husband bought used for me in a screaming deal back in 2007. In the eight years I’ve owned, carried, and shot that gun I can remember only a single failure to extract that happened somewhere in 2008. The time spent with it at the range or in training classes can be expected to be trouble-free and enjoyable. The gun simply runs and I’d trust it with my life—and have. That experience has been replicated with our used $450 Springfield Armory pre-2001 Loaded Model. Point being, when they run, they are some of the most fun and easiest shooting guns you’ll ever run across.

When they don’t, however, you kind of just want to throw it out the window, but then you might hurt the resale value.

Of the three major types of small arms -- rifle, pistol, and shotgun -- the shotgun is by far the...