For the past year or so I have been engaged, part time, in some soul searching. I made the decision to sell most of my guns a couple years ago. I was planning a move to a state where firearms ownership is incredibly restrictive, so for this reason, and to finance the move, I scaled back my involvement in the shooting world. This gave me an interesting perspective when I returned in full.  One element to this new perspective was on the guns themselves: I basically started building my battery of firearms from scratch.

Before I go into this, I should probably give you some insight into my psyche. I am a utilitarian sort of guy. I am not a collector, formal or informal, and I have always been on the hunt for those three or four or five guns that will suit all my needs.  With this mindset, I began making decisions. I wanted the fewest possible firearms that would fill the greatest number of perceived needs and satisfy a few wants. I am not finished, but I am much closer than I was when I began several months ago. There are several guiding principles that have driven my decisions on what to purchase.

Buy once, cry once

This is my new motto. I am one of those guys that used to love impulse buys. Someone is selling off a collection? Three years ago I’d probably be the first in line to buy something I don’t really need just because it was available. And, I probably wouldn’t hang onto it very long and end up selling or trading it, usually at a loss. The list of firearms I have owned is a long one and contains more than a few dubious purchases (I have bought, sold, and traded more rattletrap 1911s, cheap .380s, and hobby-built ARs than I care to admit).

In the process of rebuilding my arsenal, I have realized that I’d rather have a handful of guns that meet my needs than a safe full of guns that don’t but are “cool.”  I have also realized that I’m willing to spend more money on a few guns that are high-quality rather than buy a lot of inexpensive guns that only partially meet a need. This is not to suggest that you have to spend a fortune; after a lot of looking I purchased my primary full-sized handgun for under $400.

This credo has also served me well when I consider what is an essential firearm and what is not. Rather than just buy every gun that strikes my fancy (and believe me, I am not immune to that bug), I have tried to make most of my purchases based on my perceived needs. I don’t mean to suggest that every piece I own is strictly utilitarian; they are not.  I am still given to the emotional appeal of certain firearms, as will become apparent.

Another principle upon which I have attempted to model my purchases is standardization. To quote the old adage attributed to Clint Smith, one should “beware the man who only has one gun. He probably knows how to use it!” I doubt that any serious gun owner would be satisfied with a single gun, but I do appreciate the concept behind the saying: I don’t want my daily carry gun to be radically different in manual-of-arms than my home defense gun or vise-versa. I also wanted to stick to standard, easily-available calibers in choices that allow me to practice and train a lot. 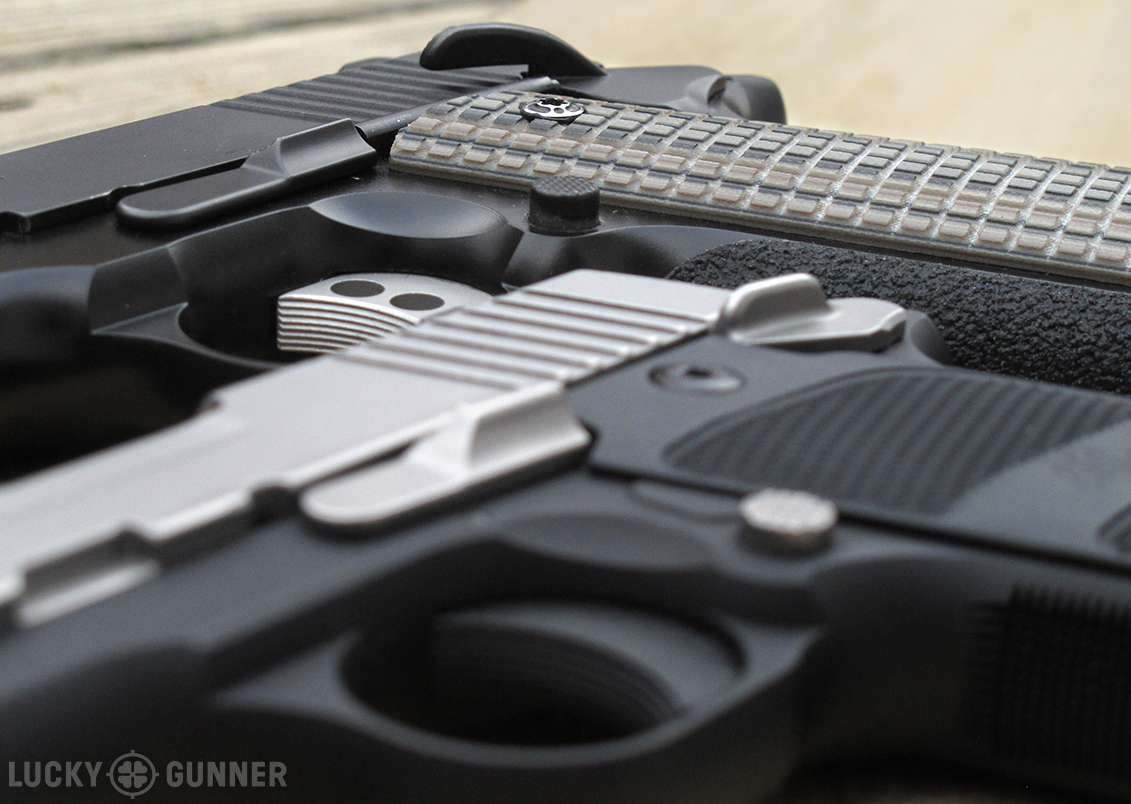 Before we proceed further, I should point out that this article is not written to dissuade you from owning the guns you want to own. This is a strategy that works for me; it allows me, on a limited budget, to buy the stuff I need to keep a gun up and running. Having a standardized set of firearms eases this process because no matter how many guns you own, this stuff is still going to be necessary.

This is perhaps another reason I don’t have more guns. “Accessorizing” a gun is almost as important as the gun itself.  A pistol with only two magazines? A rifle without a sling? Revolver without a holster or three? No thanks! Some of these items will be more important to you than others, and some may be prioritized based on any number of factors. If a handgun is intended to be your carry gun, a holster is probably very high priority. If you’re buying an AR-15, magazines should probably be a high on your list when the market is in a trough. I want to keep it as simple as possible, and I want to outfit the guns I have as best I can to meet my needs. The following are the things that I think are essential accessories for any firearm.

If a gun is magazine-fed, you should have magazines for it. Magazines are the weak link in semi-automatic firearms, and having plenty just makes good sense. You also have to worry about life-cycle issues: magazines get dropped on the ground, get dirty, wear out, and occasionally break. I don’t feel that a gun is “complete” until I have at least 10 magazines for it. This doesn’t mean you have to buy them all at once, but you should probably start now instead of waiting for the next wild price fluctuation. Though less likely subject to restrictions like high-capacity magazines, your low-capacity guns should have a few spare magazines too. You should even have a few speedloaders for your wheelguns, especially if they are employed in a defensive capacity. 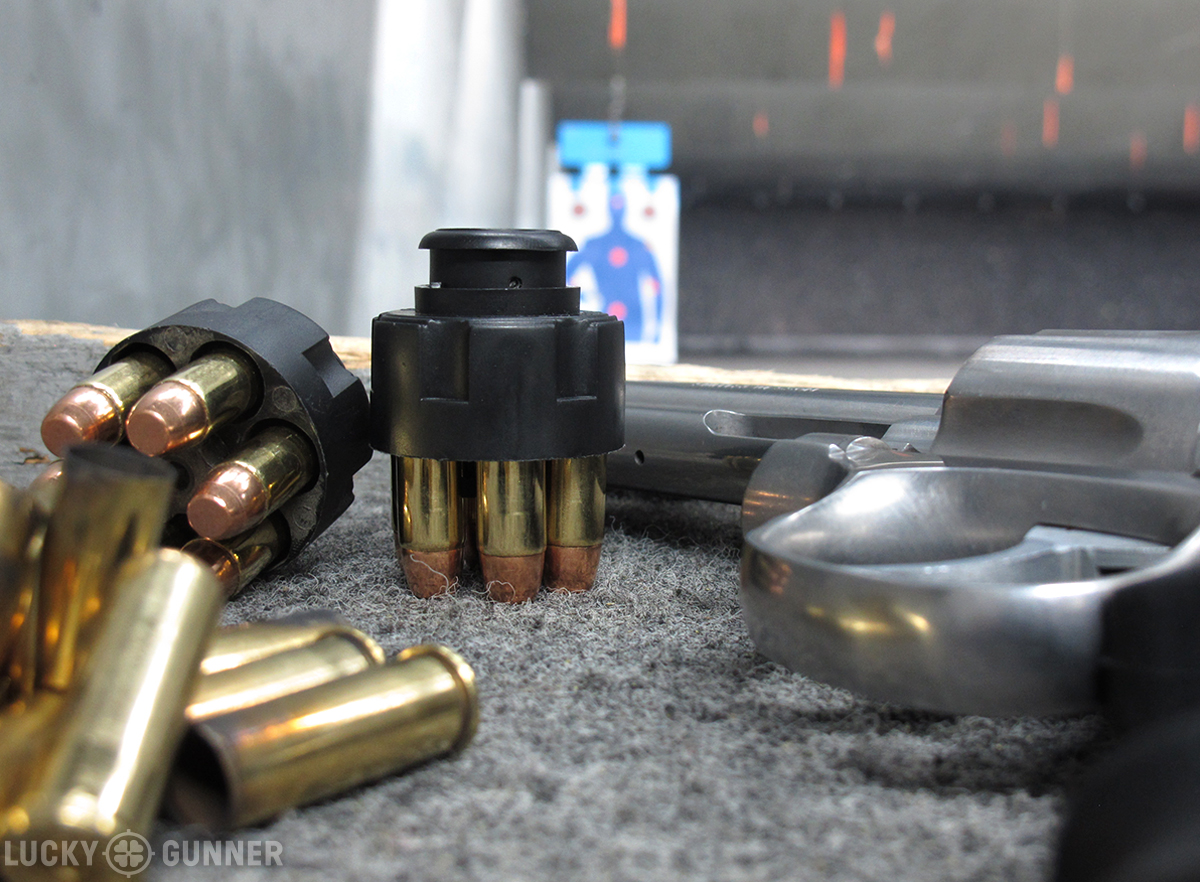 I rank ammunition pretty highly on this list for two reasons. First, and quite simply, your gun will not function without it. Almost as importantly is that, like magazines, ammunition is subject to wild price fluctuations and periods of limited availability. This applies especially to premium defense ammunition, even in the best of times. I generally prefer Speer Gold Dots, but finding them is sometimes a chore, so when I do run across them I try to stock up. I generally like to keep at least 1,000 rounds of practice ammo on hand and another couple hundred rounds of premium loads for each caliber I rely on for defensive purposes. This increases for certain calibers that I shoot a lot. If you reload you may choose to supplement this with a good supply of components, but having some factory ammunition is still not a bad idea. You don’t have to purchase this all at once, just a little faster than you shoot it.

Except for the tamest of ranges where you can lay the gun on a shooting bench, it’s hard to do much of anything with a handgun without a holster. Every rifle and handgun your own should be accompanied by a quality, usable sling or holster as appropriate. In some cases, you may need several holsters for a given gun, and in the course of finding the right holster, you will almost certainly have to try several different ones before hitting the holster jackpot. You may also want some magazine pouches too.

Chris wrote about modifying your guns recently, and let’s face it – a lot of us do. Your chosen firearm may be perfectly functional right out of the box, or it may not. If a modification is important to some critical function of the firearm, it should be given higher priority than less important modifications. As an example, I like Glocks, and I generally like them just like they come from the factory. But like many other shooters, I can’t abide the factory Glock “dovetail protectors”, so the sights on the Glocks I have owned are upgraded pretty much immediately. I consider this an important modification if the gun in question is a daily carry or home defense gun even though it would still technically function without them. 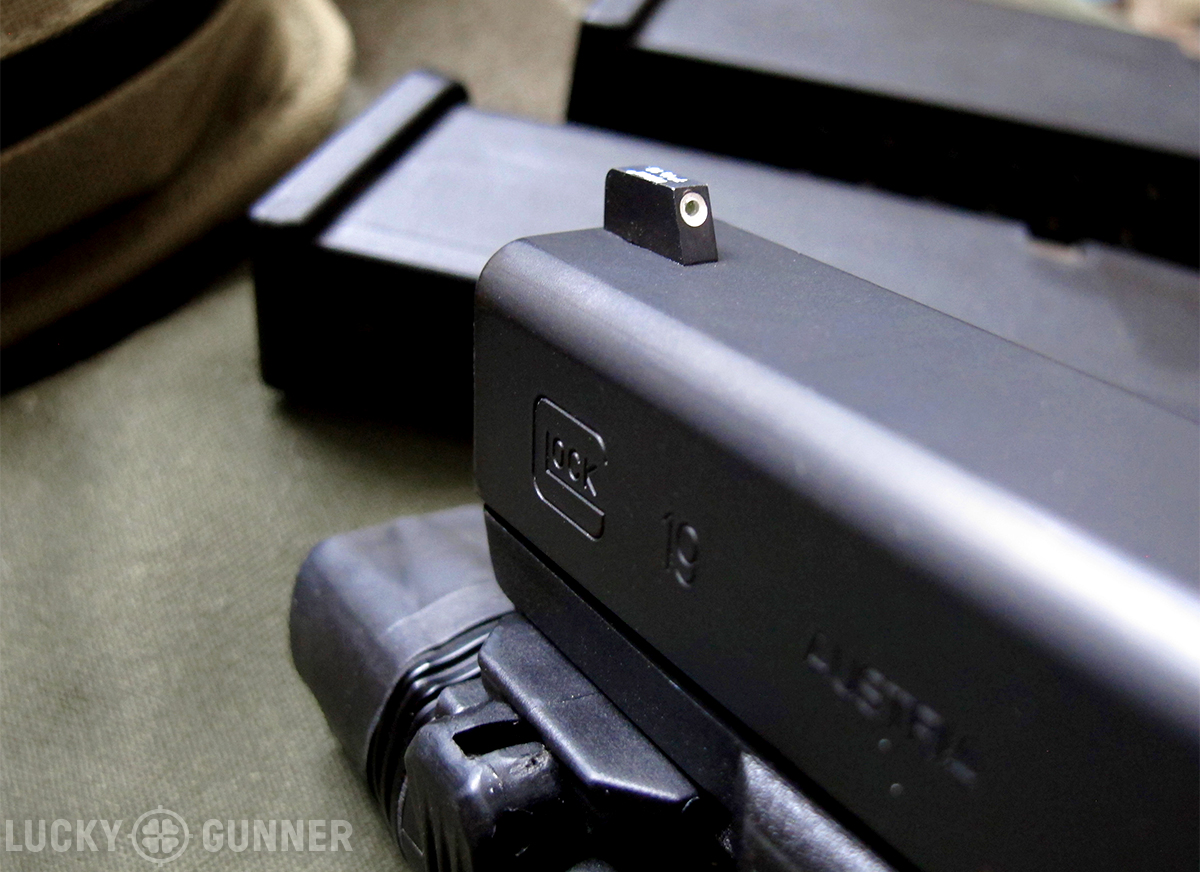 On the other hand, some mods are less critical and should be given lower priority. To determine the priority of desired modifications, ask yourself a few questions. Is this mod critical to the function of the gun? Does this mod offer me a meaningful improvement in defensive capability? Is this mod utilitarian or aesthetic, or a little bit of both?

Depending on your chosen firearm, there are a myriad of other accessories that you may consider necessary. These may include optics, weapon-mounted lights, side-saddles, rails, lasers – this list could go on and on.

Training is becoming more mainstream than it was just a few years ago, but it is still perhaps the most overlooked leg of the firearms/ammunition/training triad. I know many concealed carry permit holders who fire maybe fifty rounds a year and consider themselves proficient. Training courses are critical to true mastery of a weapon system. I had the opportunity to get some world-class training in the military, but I still attend courses on my own dime. Training should be ongoing, as should practice.

Practice differs from training in that practice is self-guided and reinforces skills learned in training. A lot of your practice can be supplemented through dry practice which requires minimal investment. But even a small amount of practice comes with the costs of ammunition, range fees, and time spent.  Fewer guns means that I have more time to dedicate to each one, and I can afford more ammunition and range time with each. A standardized set of guns means that my time invested dry-practicing with one roughly translates to proficiency with the others. Having the guns I need rather than all the guns I want allows me to get be better with them, to be safer, to be more precise. I know the guns I have because I practice with them. I can use them better because of it.

Prioritizing your list of “the perfect arsenal” will be up to you. I have talked through the logic that drives my purchasing decisions, and in coming weeks, I’ll discuss what decisions I’ve made — the guns that I chose and why I chose them. Stay tuned.