A 2013 gallop poll revealed that 60% of people who purchase a firearm do so for defensive or “personal safety” reasons. When these gun owners search the internet, they don’t have to go far to find some great instruction on how to get started in the defensive pistol crafts. There are hundreds of excellent articles written on how to choose a defensive handgun, find quality gear, conduct dry fire practice, find training, and avoid pitfalls.

Yet, a simple trip to the range reveals that a lot of us shooters are still struggling with unique challenges when it comes to their shooting.

There are different things shooters can do to improve their skills, and there are different types of shooting to seek proficiency in.  If you are seeking ways to improve your bulls-eye game, then this isn’t the article for you. Defensive shooting balances speed, accuracy, and efficiency in accessing a firearm, running it well, and getting it working again quickly if it should fail.

Perhaps you’ve already attended a pistol class, are practicing regularly, and, yet, are still struggling to improve. Here is one big thing, and four small things, that may help you improve.

Many people accept the responsibility of attending training.  If you haven’t yet, it is the single best thing you can do for your skills. Many entry-level classes billed as defensive pistol classes are little more than glorified safety courses. They go over the rules of safe gun handling, introduce a shooter to firing his or her first shots from a bench, reloading an empty gun, and perhaps some malfunction clearing.  They do not, however, challenge a shooter to think or run their firearm in a defensive manner.

It’s important to note that these entry-level classes matter and should be attended. They provide a foundation upon which to build a skill set and should not be undermined. But, they should not be considered a benchmark so much as a first step on a much longer journey.

Many schools combine entry level, first-shot type instruction with more defensive style shooting, but if all you’ve ever attended was an entry-level firearms safety class, consider taking the next step into a more challenging class.

It’s fairly common to see new shooters, having bought their firearms for defensive use, running them in a casual manner. Shooters may cock the hammer manually on a double action only (DAO) or double-action/single-action (DA/SA) firearm, not working the double-action trigger they would face in real life on the first shot of a DA/SA firearm. When using a firearm with a thumb safety, they may disengage it at the beginning of the range session and not put it on again until they leave, failing to practice thumbing it off consistently while shooting. They may compromise their grip or put down their gun entirely to eject a magazine. After every shot fired they may stop and put the gun down to check their target. This would be appropriate if someone was practicing for a bulls-eye match, but when asked, most people claim such practice is for building defensive skills. 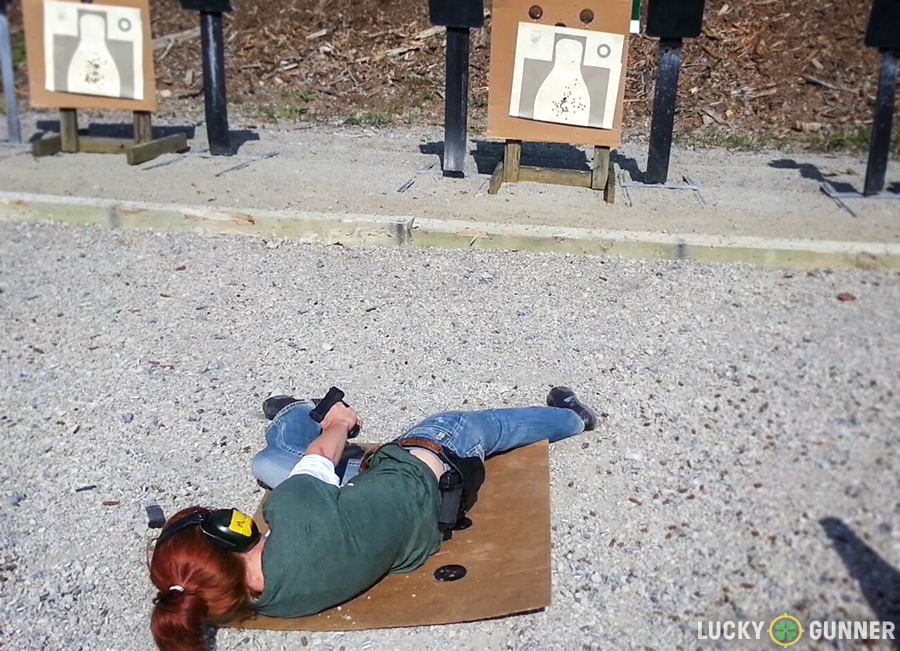 Limitations set by range facilities, like forbidding drawing from the holster or rapid fire, can also contribute to less defensive practice. Not being allowed to draw from a holster may prohibit shooters from practicing press outs or reloads from the belt. Other range limitations can also prohibit practicing malfunction clearing, which is another vital skill in defensive shooting.

It’s easy to confuse any kind of shooting for practicing, but, as the saying goes, “Practice makes permanent, not perfect”. It’s important to consider how a defensive pistol needs to be run and replicate that in your range sessions. If cocking the hammer with each repetition would not be an option in a defensive situation, then you should shoot the majority of your session using the double-action trigger pull. Each rep on the handgun should be practiced with the idea, “How would I do this if I were fighting for my life?”

3. Think of Your Magazines As Disposable (And Buy Lots of Them)

I’ve had students who could run their guns hard and well, but when it came time to do a magazine change or malfunction drill, they would suddenly seem to be handling glass–carefully removing the magazine and gently placing it on a bench or in a pocket.

This made a lot of sense during the days of high-capacity magazine bans when high-cap magazines were impossible to find and extraordinarily expensive. Shooters needed to get every day of use out of them, and being hard on your magazines by letting them hit the ground or ripping them from guns significantly shortened their lifespan.  A few states still have those restrictions, but for the most part, high-capacity magazines are abundant and reasonably priced for replacement.

Drop them! Rip them! Use them!

You’ll waste less time and get shooting again more quickly. Yes, there are times to retain your magazines, but empty and during malfunctions that require ripping the magazine are typically not those times.  Don’t be unduly hard on your magazines, but understand they are made for the wear and tear of being run as hard as your gun and expected to need replacing at some point.

4. Use Your Targets To Their Full Potential

Everyone who goes shooting understands that you need a target. It’s how we get feedback on our progress and how we diagnose many of our shooting errors. However, many people do not understand the variety of targets on the market and their uses. They rarely switch their targets up or use those targets to their full potential.

All of the zones, dots, squares, colors and numbers on a target can be used to work different drills and skills. Small boxes and silhouettes in the corners can be used to work accuracy or simulate targets at greater distances. Multiple numbers, colors or shapes can be used for target identification. Targeting zones on humanoid targets assist in training defensive areas,. You can find challenging drills on the internet or make up your own. 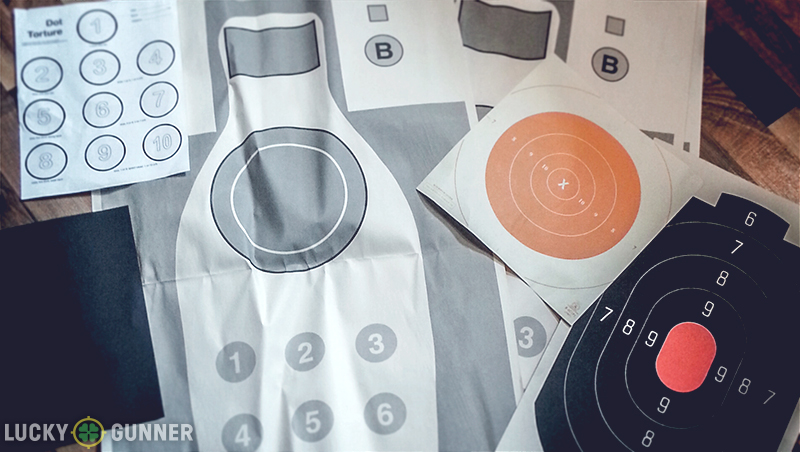 Yes, some targets are designed with nothing more than gratuitous, hole-punching fun in mind, but others are planned and laid out specifically to challenge you as a shooter.  Find ways to use them.  Pick multiple points on a target to use for multiple target acquisitions. Block off areas on the target you do not want to hit. Target smaller areas for accuracy work and larger areas for speed work. Use your target to gain feedback on your progress. You paid for them. Use them to their full potential.

That being said, sometimes the best targets are 3×5 index cards, paper plates, or blank 8.5×11″ pieces of paper and a marker.  You don’t necessarily have to have a specific target designed by some top-shooter in the industry to do some serious work at the range. 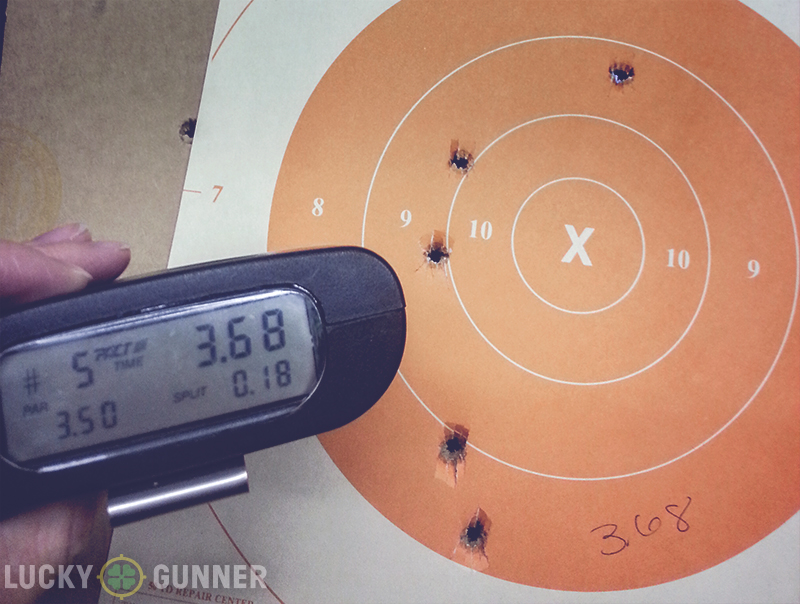 When I came into shooting sports, shot timers were expensive and not many people used them outside of competitions. Now, you can download a $10 shot timer app on your smart phone and have all of your data immediately recorded for you for review later.

Shot timers have a way of highlighting areas that need work. They can also be a fun way to challenge yourself without the embarrassment or stress of competing with other people.

Not many shooters can tell what their draw-to-shoot times are or how long it takes them to perform an emergency reload. Time yourself performing these tasks, and then set reasonable goals, working carefully and safely to improve your times.

It’s easy to get lost in the fun of a day spent plinking at the range and forget the purpose for which you are training and practicing. It’s perfectly acceptable to have fun shooting zombie targets or smiley faces, even sneaking those moments into your range sessions. However, If you want to improve your skills, you need to receive training on how to operate your gun proficiently, run your gear in a manner congruent with its purpose, and collect feedback on your performance.

What is a Battle Rifle?

As gun enthusiasts, most of us are probably familiar to some extent with the term battle rifle. While at first...