We were offered a rare glimpse into Federal’s rimfire plant in Anoka, MN to watch how 22 LR ammo is made. We all know the basic components involved — each cartridge consists of a case with primer, propellant, and a bullet. Watching them all come together on a massive scale with a choreographed dance of modern automated machinery is a surprisingly gratifying experience.

As always, we have provided the full transcript of the video below, but reading about this process is really boring compared to watching it (if you prefer watching with the sound off, this is one case where you won’t miss out on much).

How 22LR is Made – The Process

A while back, we were invited to tour the rimfire portion of the Federal Ammunition plant in Anoka, Minnesota. Federal was kind enough to let us observe and film the process of .22 LR ammo being made from start to finish. I’ve actually been sitting on this footage for about a year and a half and just haven’t gotten around to editing it until now.

I thought it seemed like a good time to roll it out because… well, we could all use something a little more low key right about now. There are no new skills to learn here, no action steps to take, there’s nothing controversial. It’s just really satisfying to watch ammo get made. So grab yourself a refreshing beverage, we’re going to get some chill “how stuff gets made” music going, and enjoy…

To make the bullets, raw lead is melted and formed into cylindrical billets. 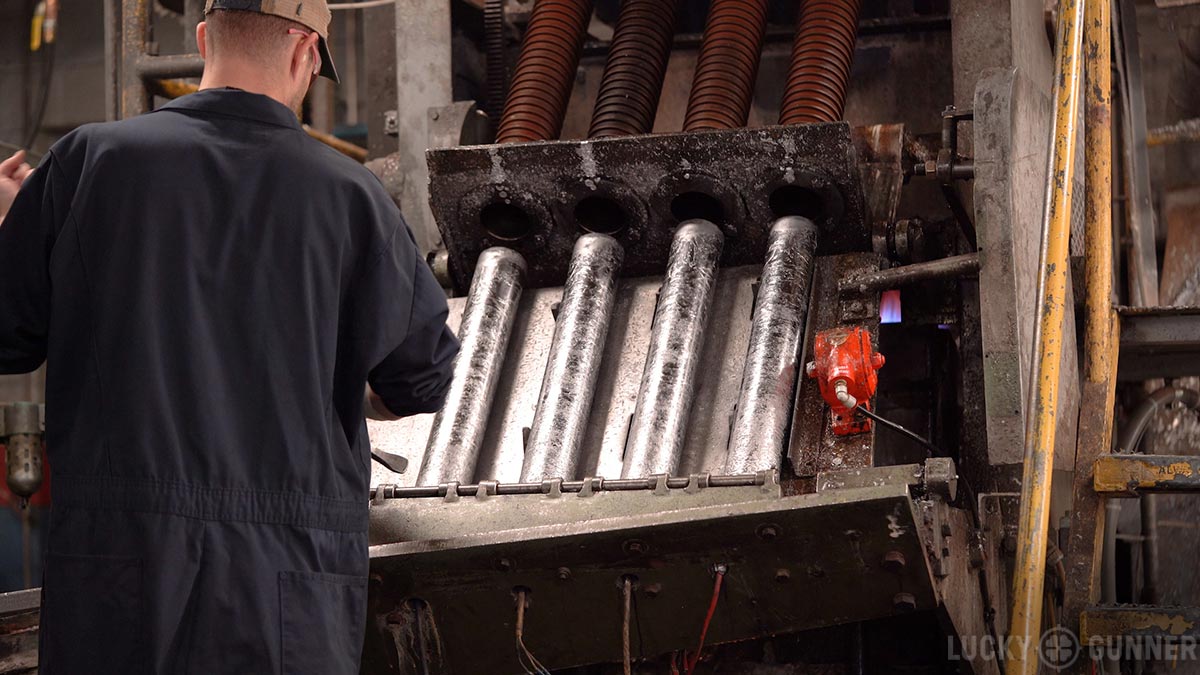 The billets are extruded and drawn into wire that is wound into coils. 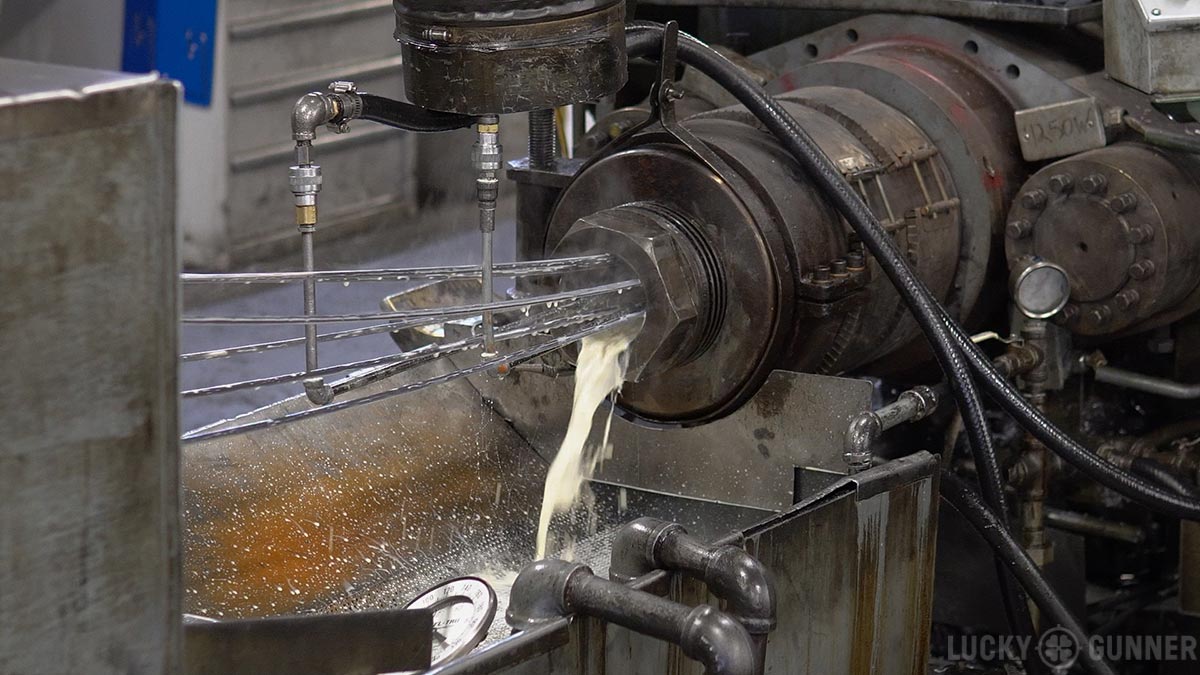 The wire is roughly the same diameter as the finished bullet. Another machine cuts the wire into bullet-sized pieces. Those pieces are gradually swaged into the final bullet shape. 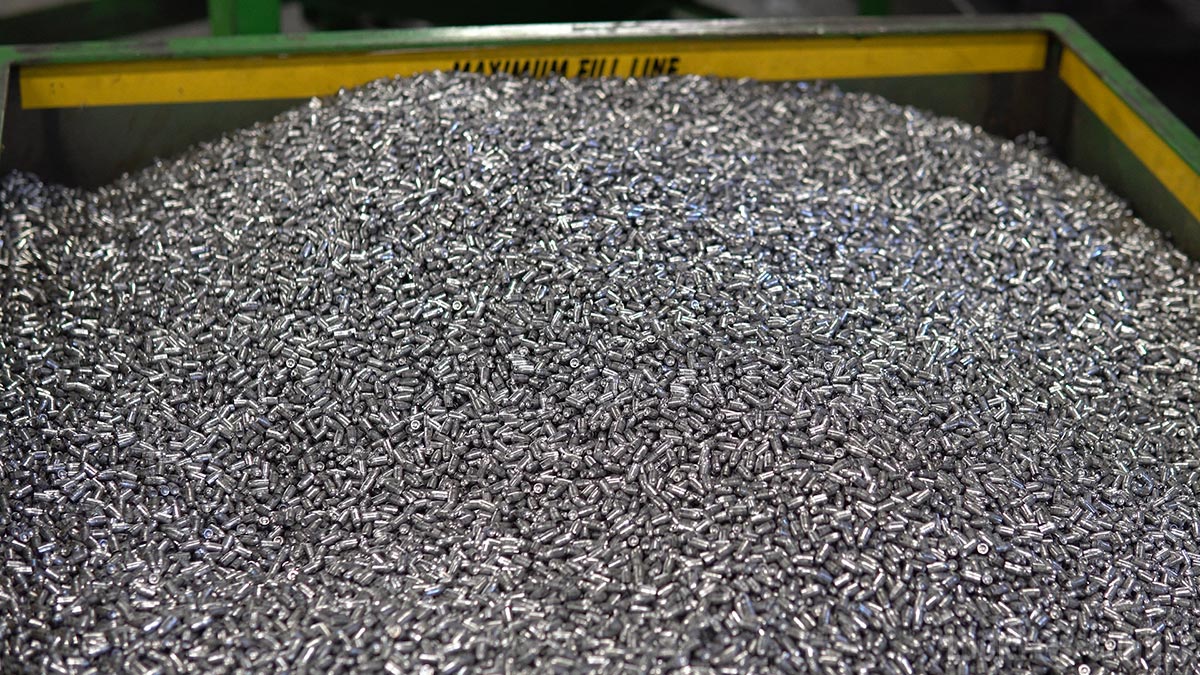 Some of the .22 bullets are also copper plated. The bullets are lowered into a bath of metal salts with copper ingots. Through the process of electroplating, atoms of copper are dissolved into the solution and adhere to the lead bullets. In just a few minutes, the bullets are completely plated and pulled out of the bath.

The cartridge case starts out with a roll of brass strip. 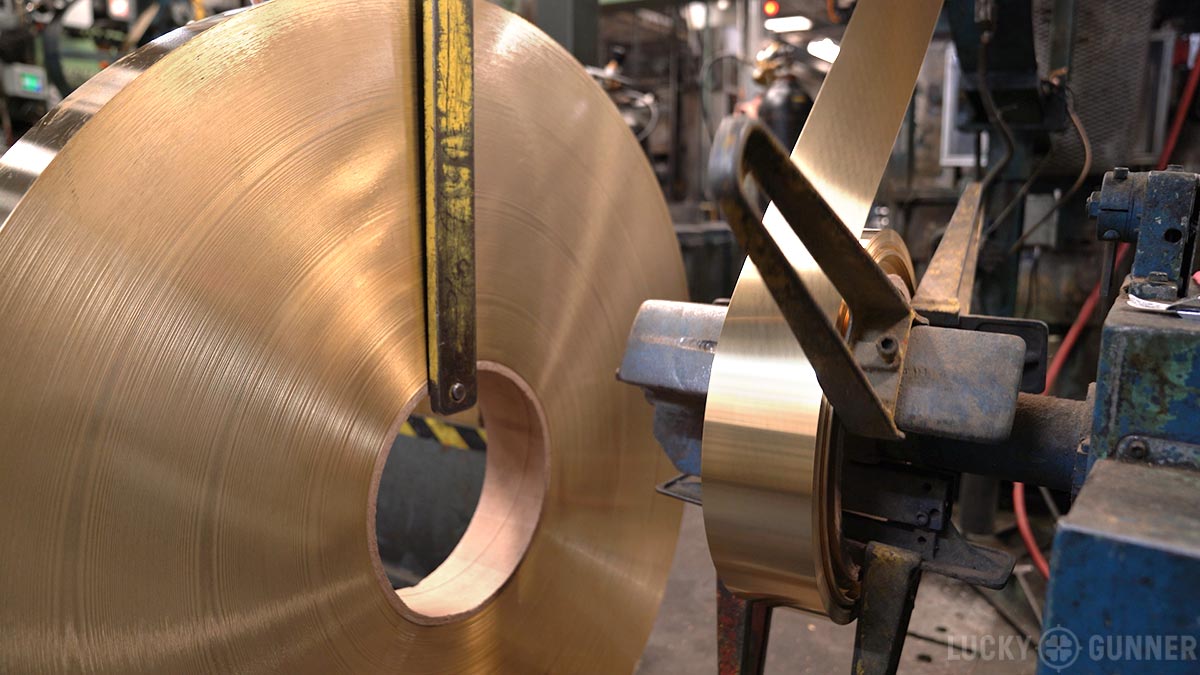 Round pieces are stamped out of the strip and gradually drawn out into a brass cup. The cups are heat treated and then washed and dried. 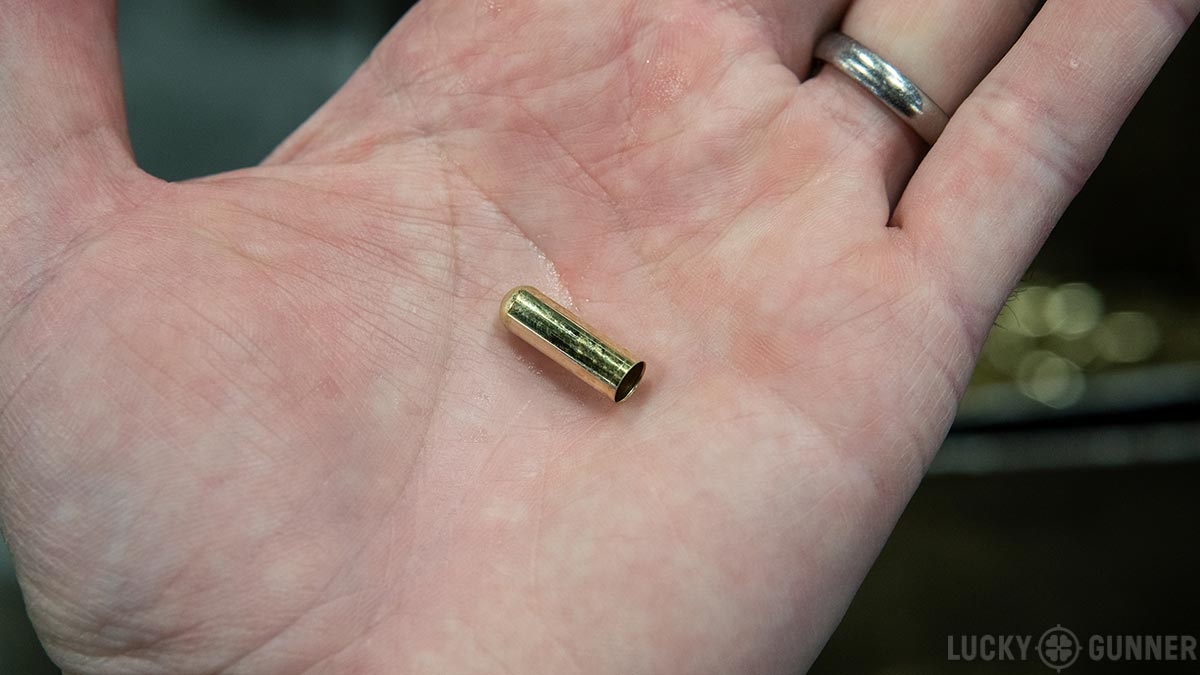 The cup becomes a case when the rim is formed at the base with a uniform hollow cavity all the way around the inside. Then each case receives a headstamp. The cases are again heat treated and washed. 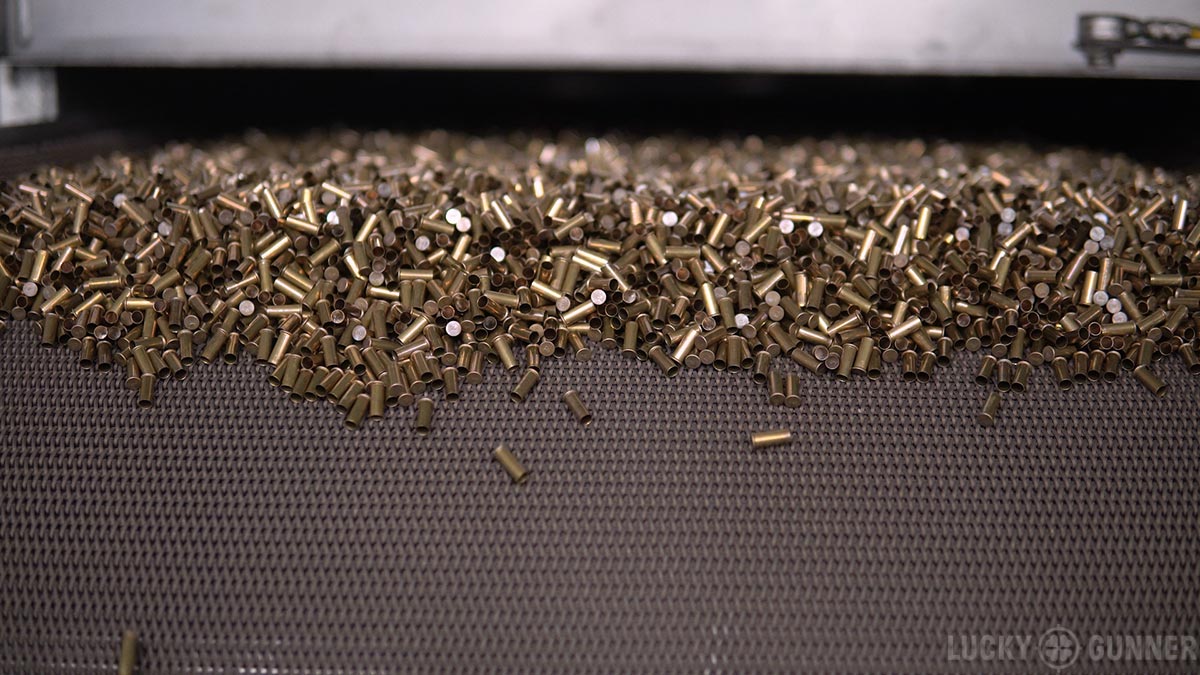 The completed cases are dropped into plates. Each plate holds 300 cases. The plates roll into the charging room to be primed. 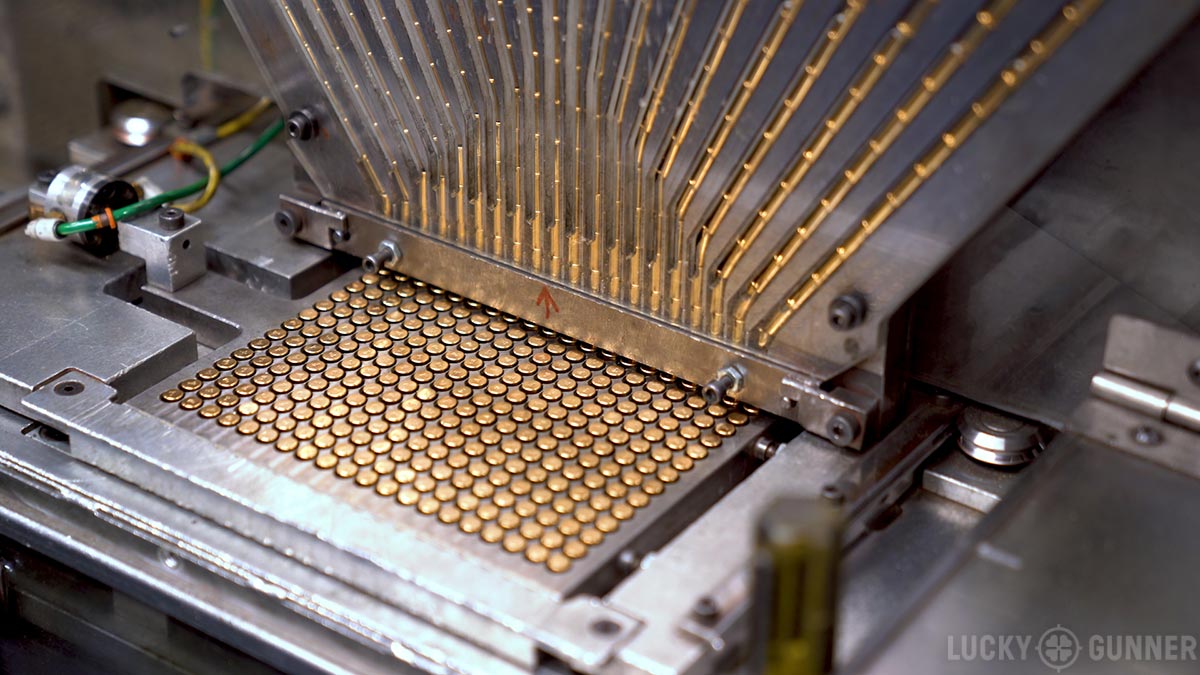 What About the Rimfire Primer?

The primer comes in the form of a wet, green, clay-like substance. Moisture helps prevent premature combustion. Static electricity is another hazard, so electronic devices are not allowed in the charging room. Small pellets of the wet primer are dropped into the bottom of each case. Back on the main factory floor, spinner bits are lowered into the cases and spin the primer so that it’s evenly forced out all the way around the inside of the rim. The cases are dried to remove all of the moisture from the priming compound. 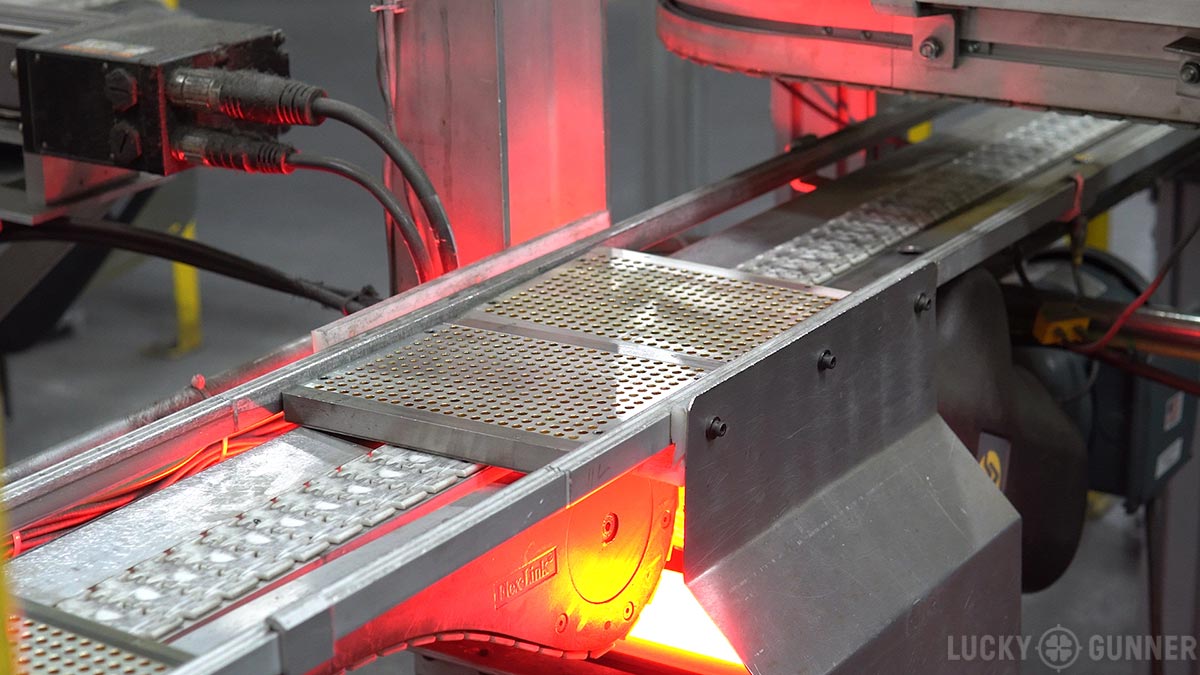 Next, every case gets some propellant, or gunpowder, and then it’s time to load the bullets. The bullets are seated and then the mouth of the case is crimped to keep the bullet in place. The fully assembled cartridges are taken to the packaging area. 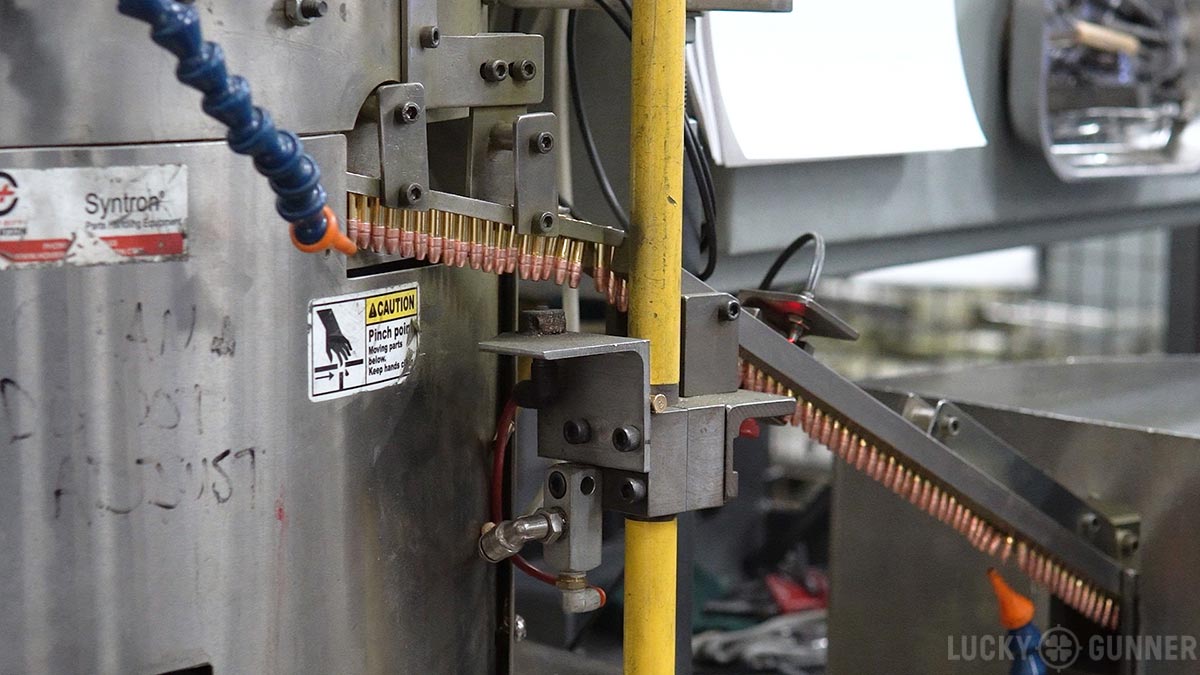 Just before being boxed up, the bullets are lubricated with a thin coat of wax. There are several quality checks along the way, but the whole packaging process is completely automated. 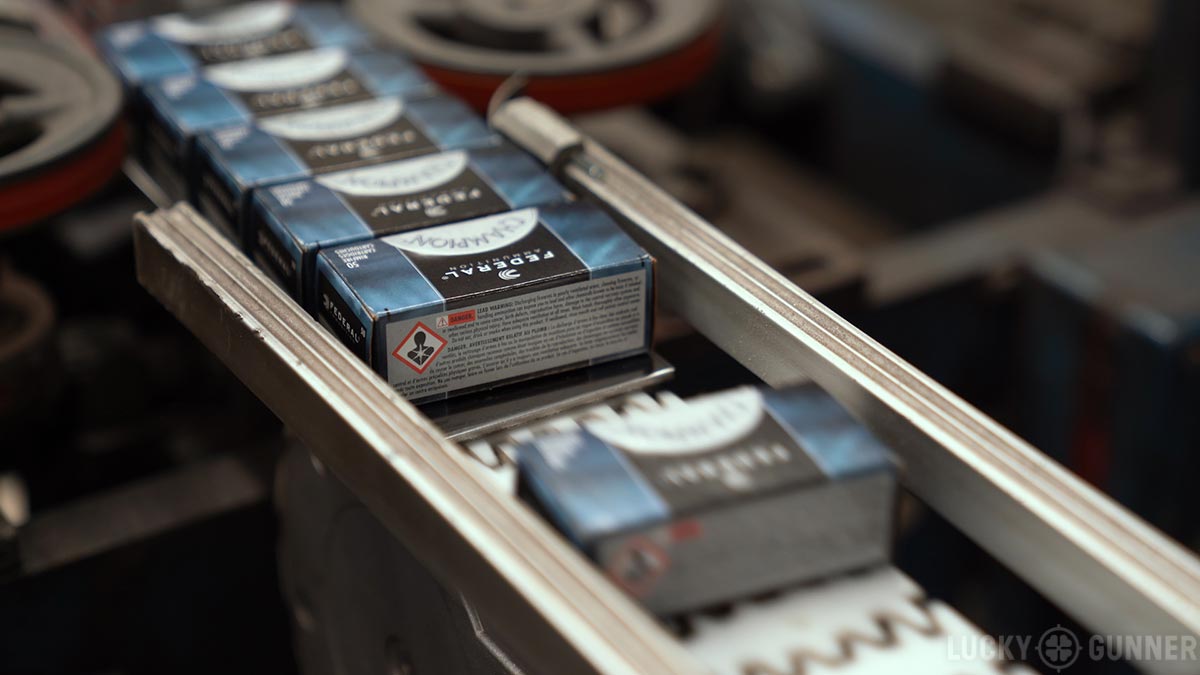 Special thanks to our friends at Federal Ammunition and Vista Outdoor for the invitation!

A bunch of people are buying their very first gun right now, so we thought it would be a good...