The Best Revolver in the World

When I launched the Wheel Gun Wednesday series back in January, my intention was to compare revolvers to today’s semi-autos in a more nuanced way than the typical Internet virtual shouting match allows. Instead of looking at the overly broad question of whether a revolver is the best self-defense option for any person in any situation under any circumstances, I decided to focus more narrowly on my own personal perspective: if I switched from practicing with and carrying a modern polymer 9mm semi-auto to a wheel gun, what would I discover? And which specific revolver would be best suited for this task? That’s what I worked on for the first half of 2015, and the results are summed up in the video below.

Watch the Video: The Best Revolver In the World

Here are a few more thoughts about my project revolver that didn’t make it into the final cut of the video.

As I’ve mentioned a few times previously in the Wheel Gun Wednesday series, my chosen carry ammo for .38/.357 revolvers is the Speer Gold Dot .38 spl +P 135 gr load. Out of an all-steel K-frame, the perceived recoil of this load is only marginally greater than the rather tame practice ammo I’ve been using, which is American Eagle 130 gr FMJ. 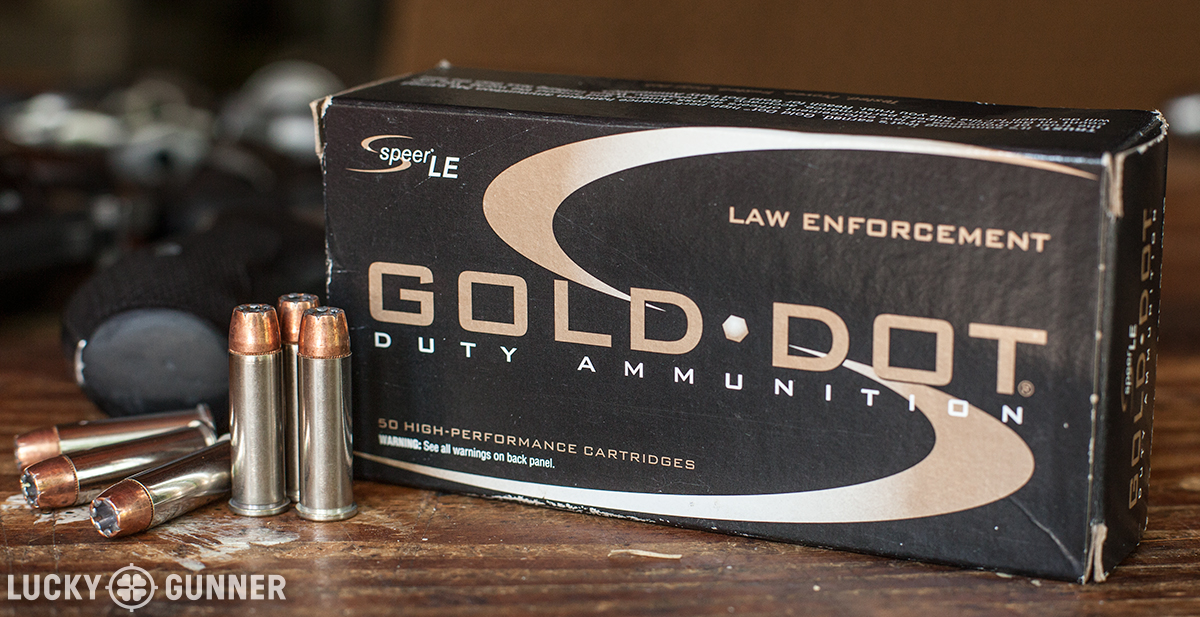 The 66 can handle .357 magnum loads, but it’s not wise to subject it to a steady diet of the high pressure ammo, nor is it particularly pleasant for the shooter. Even if there were no mechanical or comfort issues, the muzzle flip, concussion, noise, and muzzle flash that come with firing magnum ammo out of a 3-inch barrel make it difficult to get quick, accurate hits on target. On the other hand, the light recoil of the .38 +P Gold Dot load means I can crank off six rounds as quickly as I can manipulate the trigger.

Today’s .357 magnum ammo hasn’t benefited from advances in modern bullet technology nearly as much as .38 special has, and the gap in real world effectiveness between modern iterations of the two sister cartridges is minor compared to what it was when cops carried six shooters — at least as far as typical carry guns are concerned. Carbines and long-barreled revolvers are able to wring out more of the potential velocity of the .357 magnum cartridge to pull off some pretty impressive feats for a pistol caliber. But from my little 3-inch S&W, that power is never fully realized, and magnum loads offer more bark than bite.

For the last five or six years, I’ve always carried my handguns in the appendix inside the waistband (AIWB) position. It’s definitely not for everybody, but for me, carrying this way is quicker, safer, and more comfortable than any other carry position I’ve tried. Unfortunately, even though holster options for K-frame revolvers in general are legion, AIWB style holsters are a rare breed. But I did eventually find one to fit the S&W Model 66 — the kydex Archangel from Dale Fricke Holsters. 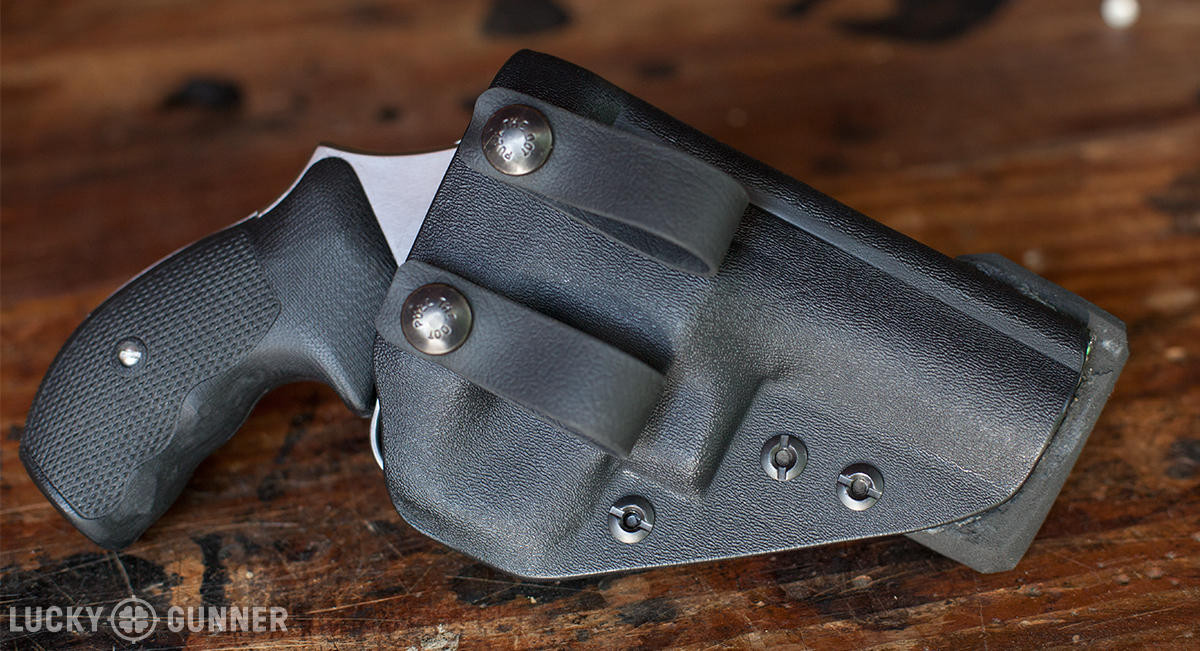 In general, I’m pretty happy with this holster, but I had to make a couple of modifications. The holster I ordered was made to fit “3-inch K-frames” generically, but not the 66 in particular. There wasn’t quite enough room for the adjustable sights or the ejector rod shroud — features that are not present on all K-frames. A few minutes with a file to relieve the opening of the holster allowed the rear sights to fit, and replacing the screws with slightly longer ones I had on hand let me adjust the overall fit of the holster to accommodate the shroud.

The final change I made was to the “extra girth adapter kit.” This optional feature is essentially a small block of dense foam rubber that’s attached to the muzzle end of the holster with some adhesive. The idea is to prevent discomfort from the open bottom of the holster digging into the body, and also to help keep the rig from sliding around while its being worn. I found that the “extra girth” kit had a little too much girth, so with liberal use of a Dremel sanding wheel, I re-shaped the square block into a wedge and reattached it with some waterproof glue made for shoe repair. The final result isn’t exactly pretty, but comfort is much improved.

Inside the waistband carry generally isn’t particularly easy with revolvers. The thickest part of the gun — the cylinder — tends to sit right under the belt, which isn’t conducive to either concealment or comfort. The Dale Fricke holster has worked fairly well, but even a great holster can’t magically make this particular challenge go away completely. I plan to continue experimenting with other holsters and will report back if I find one that makes appendix carry with a K-frame any easier.

The Future of Wheel Gun Wednesday

The dedicated period of “field research” for my revolver project is finished for now, but that doesn’t mean the end of Wheel Gun Wednesday forever. I still have plenty of observations to share, and other topics to explore in the world of the round gun, even if those updates come more sparingly than they did in the early part of this year. I’ve had some requests to follow up on the contenders that lost to the Model 66 for my carry revolver decision, so a detailed look at some of those is in the works. I’m also attending a couple of revolver classes later this year run by world-class trainers and actual expert revolver shooters, which will undoubtedly lead to some new revelations. So keep your eyes peeled for more Wheel Gun Wednesday goodness in the near future.

Used S&W Semi-Autos: The Most Underrated Pistols At Your Gun Store

Up front, in all their glory, with factory oil oozing from their slides, are the new pistols at my local...