If you’re any kind of gun enthusiast at all there’s a pretty good chance you know the name John Browning. He is, without question, the greatest firearms designer the world has ever seen. His impact on advancing the art of modern firearms can hardly be overstated, and yet surprisingly few people are aware of just how much our modern guns owe to the quiet man from Utah. With 128 patents and more than 80 distinct firearms to his name, his legacy stands as the most prolific, varied, and far-reaching in the world of firearms. Today on the Lounge, we’re going to talk about Browning’s greatest achievements and how they’ve influenced firearms design almost ninety years after his death. 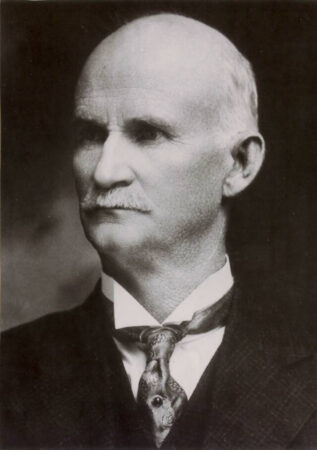 John Moses Browning was born in 1855. He was one of twenty-two children born to Jonathan Browning, a polyamorous Mormon and successful gun maker in his own right for the time. Young John Browning took an interest in guns very early on, and, at age ten, he cobbled together his first gun out of spare parts from his father’s shop. It was a crude affair, but over the course of the next sixty years Browning’s guns would become cultural icons. They would help start a World War and set standards for firearms design that have yet to be surpassed.

One of the reasons why the true scope of Browning’s genius goes relatively unknown is because his name is not attached to many of his most successful designs. Browning’s love was the process of invention, not for building and running a business, and so he sold most of his patents to Winchester, Colt, and Fabrique Nationale. Each company, in turn, built much of their early reputations by selling Browning-designed guns. For example, the Winchester ’94 is the quintessential lever-action rifle. It was the first .30-30 repeater, sold by the millions, and is still being made more than a century later. When most of us think of Winchester, we picture that iconic gun, and yet it was only one of many designs they purchased from John Browning.

In fact, Winchester bought so many patents from Browning that they did not produce a single gun of their own invention for a period of close to 20 years, all the while enjoying 75% of the sporting arms market in the United States. Winchester could not even produce all of the designs they bought from Browning, but it was worth it to keep those designs out of the hands of competitors. For every successful gun like the 1887 lever-action and 1897 pump-action shotguns or the 1886 lever-action rifle, there are numerous other Browning designs that were held back from production because they were sure to detract from the sales of other guns.

Perhaps the truest sense of John Browning’s legacy can be had by examining the basic principles of firearms design that he developed, many of which are taken for granted by today’s shooter. For instance, the modern semi-automatic handgun as we know it owes nearly everything to John Browning, who first conceived of the reciprocating slide as well as short-recoil mechanisms with tilting barrels. The pocket semi-auto is also a Browning creation, due largely to the previous invention of the pistol slide which helped make handguns smaller and simpler to operate. We often forget that Browning also played a large role in designing the calibers that early pistols fired — calibers that are still used widely today including the .380 ACP and .45 ACP, as well as the less common .32 ACP and .25 ACP.

Similarly, Browning laid the foundation for the majority of modern rifles and machine guns when he invented gas operation. The semi-automatics of Browning’s day used recoil to extract and load cartridges automatically, but after seeing the way grass bent in front of a shooter at a rifle match one morning, Browning realized how much untapped energy he could harness and rushed to his workshop to do some testing. His early methods were somewhat primitive; his first machine gun was essentially a fully-automatic lever-action rifle. But, Browning went on to refine his early gas operation concepts which made lightweight, self-loading rifles possible. Many of the revolutionary rifle designs of the 20th century, like the AK-47, incorporated the principles of Browning’s innovations long after his death.

Oh, and the semi-auto shotgun? That was Browning too. Granted, most of us know that the Browning A-5 was a John Browning design, but few realize the true greatness of that achievement. During the time the A-5 was invented, there was almost no standardization among shotgun shells. Browning’s shotgun had to cycle both full brass and paper shells, many of which still used black powder. The A-5 was said to be Browning’s favorite accomplishment. It took more than 50 years for another semi-auto shotgun to compete with the A-5’s success, and guns based on the original A-5 are still being produced today, more than a century later.

Browning didn’t merely innovate and invent though, he truly mastered. His 1911 pistol has been in military service for over a century and remains a favorite of target shooters and police alike. Add to that the Browning M2 machine gun and the .50 BMG cartridge it fires; both are still in worldwide use after being invented in 1918. Even the famous Browning Automatic Rifle lives on today in the form of the M240 machine gun, which utilizes a nearly identical bolt and piston arrangement.

John Browning’s first military weapons saw use in WWI. In fact, a .380 ACP caliber Browning model 1910 pistol was used to assassinate Archduke Franz Ferdinand, which started that war in the first place. The M1911 was the U.S. service pistol from the beginning, and the M1918 BAR and M1917 machine gun were brought into France near the end of WWI in 1918. John’s son, Val, withdrew from engineering studies at Cornell to aid in training troops with the new weapons.

In addition to the machine guns and the M1911 pistol, there were also a fair number of Winchester 1897 shotguns used during the war. The guns were so devastating in the trenches that the Germans officially protested their use in combat and threatened to execute any soldier captured while using one.

John Browning never lived to see WWII, but if he had, he would likely have been amazed at how widespread his weapons became. Browning’s guns saw allied use in every single front.. His guns were so reliable, versatile, and effective that they succeeded in every role imaginable. They were used by infantry and tanks on the ground, by PT boats at sea, and by fighters in the air. No weapon designer before or since has had their guns used so broadly.

John Browning passed away in his shop in 1926, working on an over/under shotgun he called the Superposed. It would be the first affordable over/under shotgun of the time, and it is responsible for much of the over/under shotgun’s popularity today. During his lifetime, no Browning gun ever failed a military evaluation, and no gun put into production became anything less than an unqualified commercial success. He laid the foundation upon which nearly all modern firearms have been built. He was a master of his craft and one of the few innovators in history who was truly peerless.

We hope you enjoyed learning about the greatest gun-maker ever to live, and be sure to let us know your favorite Browning gun below in the comments!

The Best Revolver in the World

When I launched the Wheel Gun Wednesday series back in January, my intention was to compare revolvers to today’s semi-autos...