EXCLUSIVE: Kacie B. From ABC's "The Bachelor" Shooting Submachine Guns 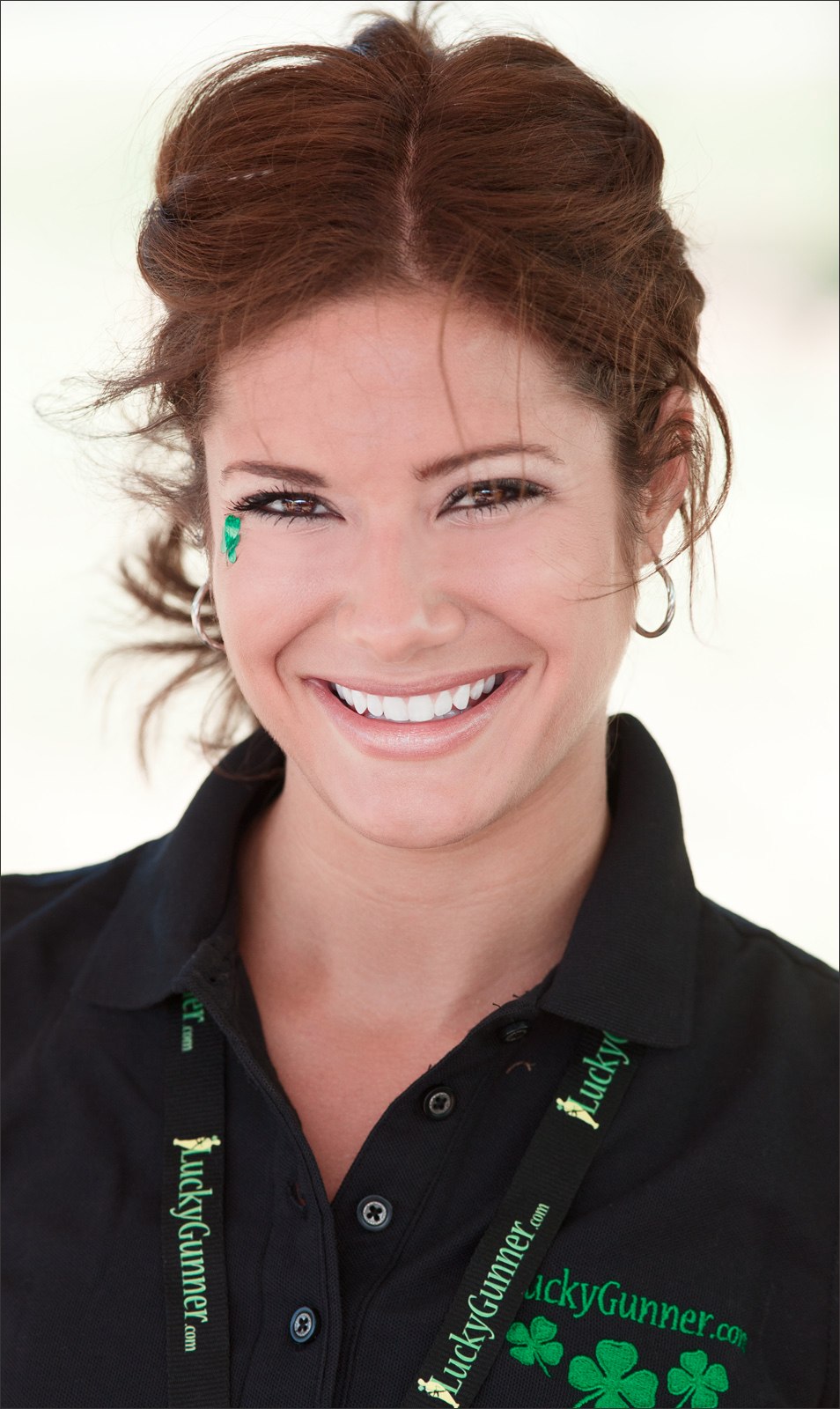 Grab the image above of the beautiful Kacie B. from ABC's "The Bachelor" (C) Oleg Volk (550px wide): 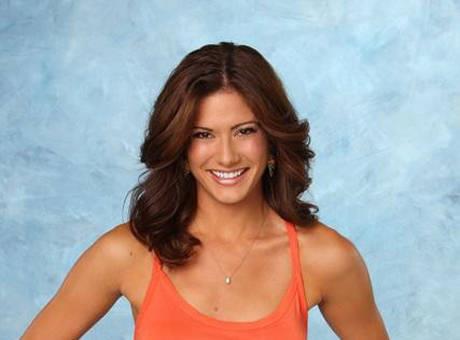 Before she was a contestant on this season of ABC’s The Bachelor, Kacie B. was a gun-loving, sharp-shooting supporter of our right to keep and bear arms!  And LuckyGunner.com has the exclusive pictures to prove it…

Lucky Gunner hosted their first Memorial Day Weekend Blogger Shoot just a few short months ago in May of 2011 and Kacie B. was in attendance, shooting big & powerful machine guns… now that is America’s Real Sweetheart - beautiful and armed!

Even when surrounded by submachine guns and some serious shooters, Kacie B.’s genuine, fun-spirited charm came out.  Pictured below she is sporting the classic Charlie’s Angels pose with one of her best friends.  As the film's famous tagline says… “They’re beautiful, they’re brilliant, and they work for Charlie” likewise, Kacie B.’s fans would say… “She’s beautiful, she’s brilliant, and she’s here for Ben”. 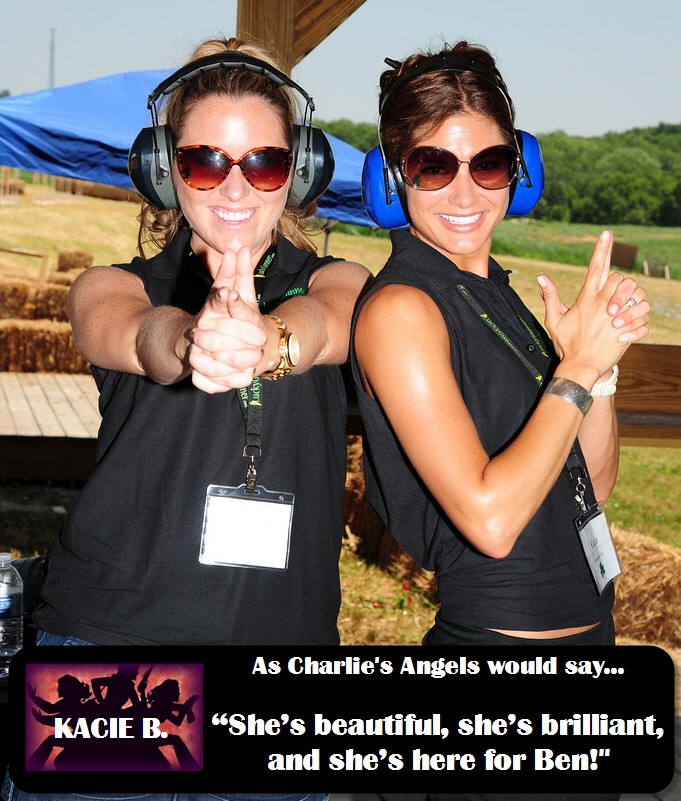 Kacie B. is a front runner on Ben’s season of ABC's The Bachelor, which currently airs on Monday nights at 8/7c. Since the first episode of the show, Kacie B. has been depicted as the Southern Belle Twirler who has it all - personality, looks, charm, and more.

She is welcoming and befriending to all the other girls on the show, displaying true southern hospitality. Ben seems to think Kacie B. is beautiful inside and out - after all, he gave her the first one-on-one date, an invitation to the fly-fishing group date in Utah, an invitation to the baseball group date in Puerto Rico where she received the group date rose, and another one-on-one date where she and Ben were stranded on a deserted island in Panama. She is known for being outgoing, fun-spirited, and flirtatious while remaining chaste in her demeanor.

These are all of the characteristics that The Bachelor fans across America have come to see in Kacie B. since the show started BUT what many people don’t know is that Kacie B. doesn’t just know how to twirl a baton with a wink & a smile…she can also hit a bulls-eye at 25 yards with a 9mm pistol!  Bachelor Ben better not break her heart!

Kacie B. enjoys shooting and hopes that her support of the sport will help spread awareness among other female shooters.  She wants everyone to know that shooting is fun and anyone can do it with the proper instruction and training.  Just get out there and give it a shot!

Watch Out Ben!
Kacie B. shooting the latest 9mm pistol out of Switzerland, the Sphinx 3000 Compact 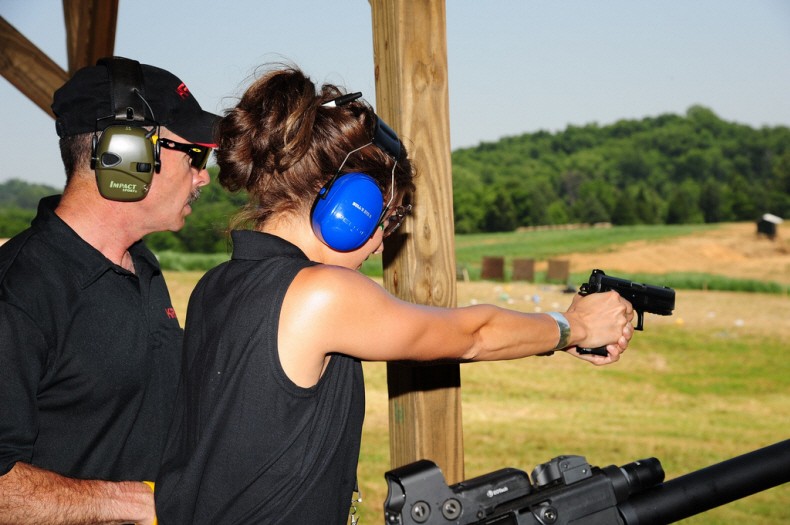 Grab the image above of Kacie B. putting a few rounds down-range with the Sphinx 3000 Compact (790px wide): 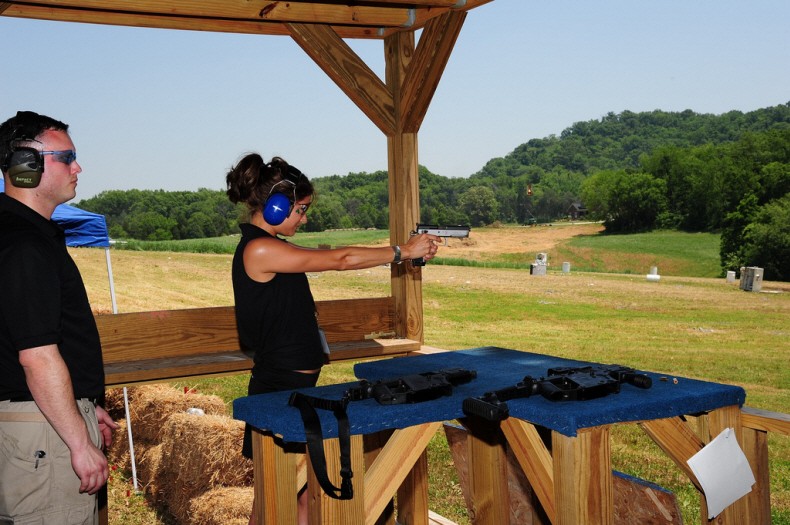 Grab the image above of Kacie B. taking aim with the Sphinx 3000 Competition pistol (790px wide):

Grab the image above of the beautiful Kacie B. from ABC's "The Bachelor" (C) Oleg Volk (550px wide):

About Lucky Gunner: LuckyGunner.com is an online ammo retailer which carries in-stock handgun, rifle, shotgun, and rimfire ammunition.  Orders placed before 3pm EST on a weekday ship the very same day.  Orders placed after 3pm EST or on a weekend ship out the next business day.  Lucky Gunner's live inventory counter ensures that what is seen on-site is what is actually in-stock and ready to ship. Lucky Gunner prides itself on excellent service.  Every time.  No exceptions.