This year, Sig Sauer discontinued the classic DA/SA Sig P239. As is typically the case in this industry, Sig did so with no formal announcement or prior notice. We thought the P239 was worthy of a better sendoff than that, so here’s our tribute to Sig’s biggest little gun.

Watch the video below or scroll on down to read the full transcript.

When a gun manufacturer discontinues a model, there is not usually a whole lot of fanfare. More often than not, there is no formal announcement or press release. It just happens, and eventually someone might notice when the gun disappears from the manufacturers website or they find out they can no longer order one through their local gun store. But the Sig Sauer P239 deserves better than that. I’m sure Sig has some very good reasons for dropping it from their catalog this year, but I think people need to know that the P239 lived a life worth celebrating.

Back in the 1990s, concealed carry was just becoming legal for the first time in many parts of the country and there was new demand for small, concealable handguns. But compared to what we have available today, there really were not many options to choose from. For example, the whole category of slim polymer 9mm micro pistols that are so popular now didn’t even exist back then. So the P239 might seem big by today’s standards, but in 1996 when Sig released it in 9mm, 40 S&W and .357 Sig, it was one of the smallest service-caliber pistols on the market. 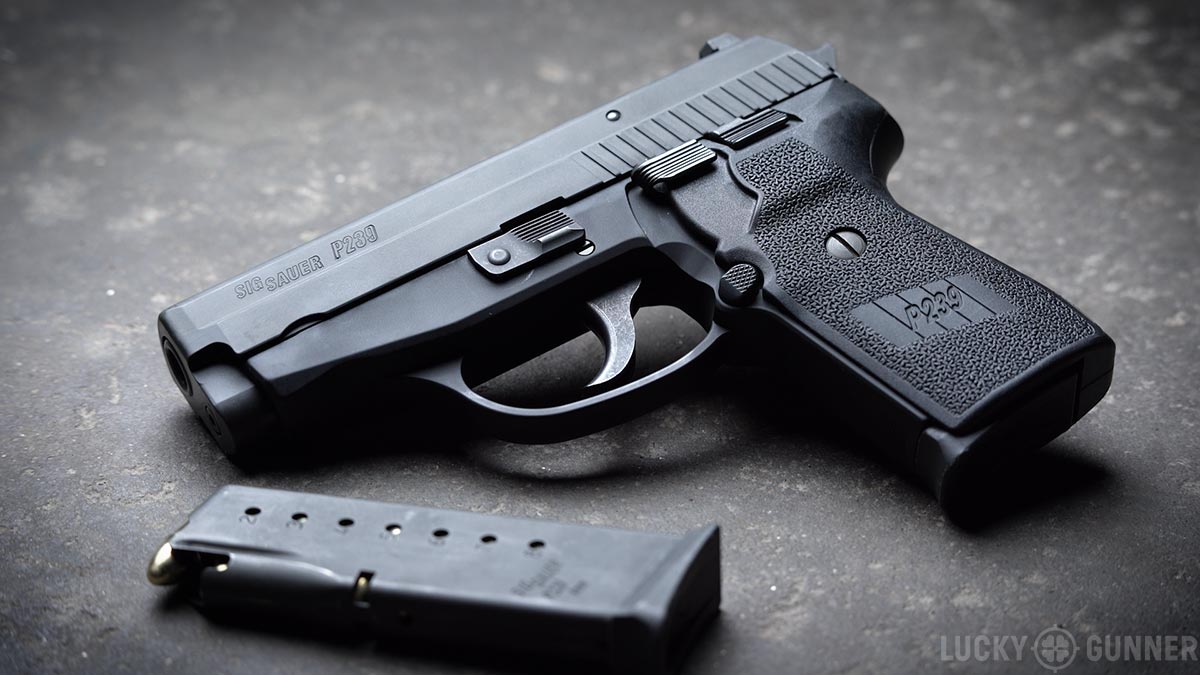 It’s got a 3.6-inch barrel and it feeds from a single stack magazines — 8 rounds in 9mm, or 7 rounds in .40 and .357 Sig. Because it’s essentially a re-sized variant of the P220 series, it shares the same action type — it’s a double action/single action with a frame-mounted decocker. Later on, it was also available as double action only or with the Sig DAK trigger.

The P239 quickly became a popular choice for concealed carry, especially among people who considered themselves serious shooters. And that’s because it handles and shoots a lot more like a big gun than a small gun, but it’s still half a pound lighter than something like the double stack Sig P229. They are known for being incredibly reliable, durable, and far more accurate than you can rightfully expect any compact pistol to be.

So if this gun is so great, why did Sig discontinue it? Well, there’s ultimately only one reason a gun company ever stops producing a particular model and that’s because it’s not making them enough money. And in this case, it’s easy to see why. For better or worse, we live in a world where polymer striker-fired pistols reign supreme. These old metal-framed double action pistols are heavy, expensive to make, and most of the ones that still sell are full size models that not many people actually plan to carry around all day. In the concealed carry market, it’s hard to make a case for a something like the P239 when a Glock 19 is almost the same size except it’s lighter, cheaper, and has twice the ammo capacity. Or, to use an example from Sig’s catalog, take a look at the new P365. Compared to the 239, it’s absolutely tiny, but they’ve still managed to cram 10 rounds of 9mm into the magazine.

Now, I don’t say any of that to speak ill of the deceased — just that the passing of the P239 is understandable. But this gun is just as capable today as it was 20 years ago. And if you’re a weirdo like me who actually prefers double action/single action pistols over other action types, the P239 remains as one of only three realistic options for a compact single stack 9mm (the other two would be the Springfield XD-E and the also-discontinued Smith & Wesson 3913).

It might be outclassed in a lot of ways by newer, smaller guns, but it’s far from what I would consider obsolete. It’s every bit as reliable as any of the more modern designs, and probably moreso in the case of the pocket size pistols. It’s not hard to find a holster that will fit this gun and the sights are the same as those on the P226 and 229, so you’ve got plenty of options there. 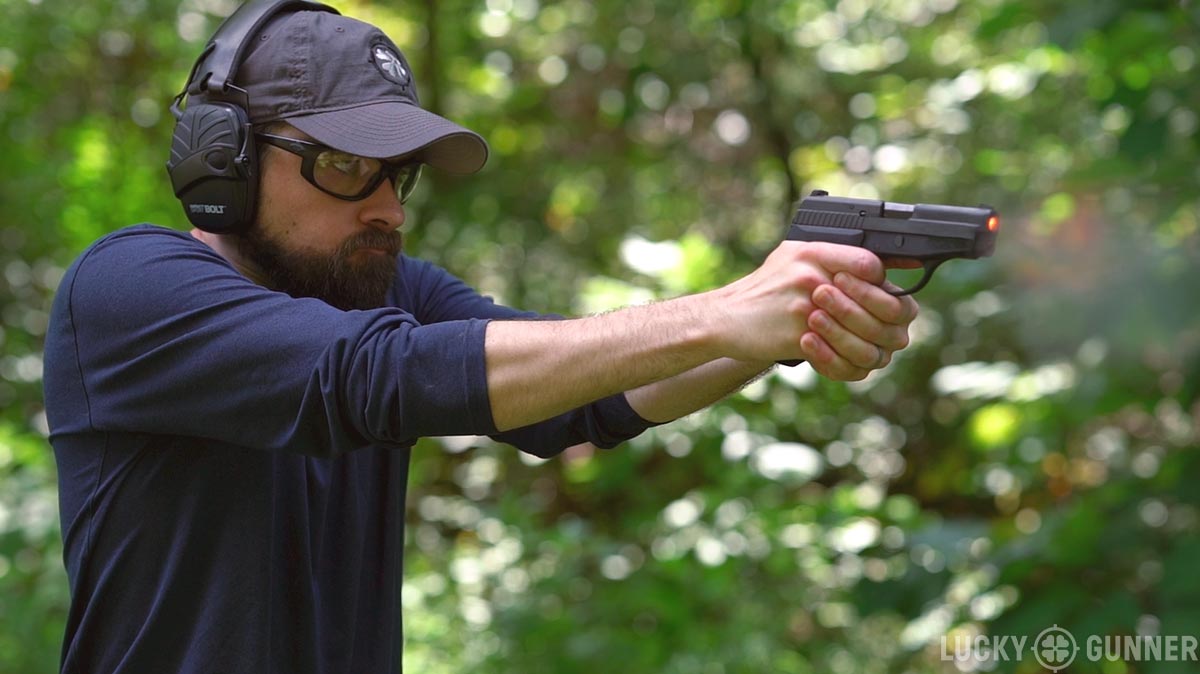 The P239 would be a great choice for someone who lives in a state with magazine capacity restrictions. Or someone who wants a gun they can carry, but also wants to shoot hundreds of rounds in a single range session and still have fun.

I want to say that despite everything, the Sig P239 is still a gun worth considering for practical, everyday use. But I can’t say that. Because the saddest part of this whole ordeal is that, not only has Sig discontinued production of the P239 (for which they can be forgiven), they have also inexplicably stopped making spare parts and magazines. They will repair your gun if it breaks, but if you want any extra mags, there is not a viable third party source for now, so you’ll be paying anywhere from 50 to 100 each on the secondary market for Sig factory mags.

Pistol magazines take a lot of abuse. They wear out and they should be replaced at periodic intervals just like the tires on your car. Personally, for a gun I actually plan to carry, I want to have a bare minimum of six magazines: two that are designated only for carry and four that are only for the range. Ideally, I would have ten or more, especially for a single stack pistol. So I have a really hard time recommending a gun that has iffy magazine availability.

If you just have to have a P239 anyway, there is a workaround for the 9mm version, at least for the time being. The Sig P225A1 magazines are still in production and I have read from multiple sources that they will work in the P239. The baseplate sticks out a little at the bottom, but the magazine body seems to be essentially the same. There’s no telling how long Sig will keep making those, so I would jump on that sooner rather than later.

I hate to turn a heartfelt eulogy into an incitement for magazine panic buying, but such is the tainted firearms market into which the P239 was born. Now it goes into the firearms afterworld to be reunited with its discontinued brethren like the P250 and the P228. It was an excellent firearm that was with us for far too short a time and it will be missed.

Not too long after we published the results of our .38 Special and .357 magnum ballistic gel tests last year,...