It’s our very first Q&A video! Today, Chris answers a question from a viewer about how to avoid dressing like a complete bum while effectively concealing a handgun. Is it possible to dress like a respectable citizen while carrying, or are we all doomed to look like Walter Sobchak?

Hey everybody, Chris Baker here from LuckyGunner.com. We’re doing a new thing. How about a little Q & A. Today’s question comes via email from Cameron:

What would you guys think about doing an in-depth article on how to “stylishly” dress around a concealed firearm? There’s lots of resources out there on holsters and belts, but a lot less on how to dress around your weapon and not look like a knob. Many reputable firearms writers and trainers are perfectly content to rock the “tall white socks – cargo pants – oversized polo – fishing vest” look, but I’d honestly prefer to dress more like Chris Baker if someone could just give me some advice on how.”

Well, Cameron, I’m flattered that you’d think of me for this topic. I’m sure a lot of people, my wife included, would find it amusing that anyone would look to me for advice on how to dress stylishly.

I want to suggest a couple of resources that address this topic better than probably can. The first is the Suited Shootist. He’s got a YouTube channel as well as a blog. Both have tons of great information on a variety of self-defense topics including how to dress well while carrying a gun.

The other resource is Phlster Holsters. They just recently came out with a guide on their website called The Basics of Concealment Mechanics. It is by far the absolute best explanation I’ve seen of how guns and holsters interact with our bodies and clothes and how that interaction affects comfort and concealment. If you want to make your carry setup work with the clothes you already have, understanding those concealment mechanics is a must.

Having said all that, Cameron, if you still really want to know how to dress like Chris Baker, it’s pretty simple. You’re going to be following in the footsteps of some of our most celebrated fashion icons like Steve Jobs, Jay Leno, and Han Solo. These are all highly successful men who wear basically the same thing every day.

Stop Dressing Around the Gun

Now, I do like a little variety, so I have essentially two outfits: Dark grey t-shirt with green pants or dark grey pants with a blue t-shirt. Then get three or four jackets and hoodies that you like, a few pairs of black sneakers with white soles and boom. Done. There’s 90% of your wardrobe.

Okay, so now you look fantastic with minimal effort, but what does this have to do with carrying a concealed handgun? Well, not a whole lot and that’s kind of the point of what I want to discuss today. Cameron, this was not the actual question you asked, but your email mentions the phrase “dressing around the gun.” A couple of years ago, I decided I was no longer interested in doing that.

I talked about this briefly in my review of the Phlster Enigma from last month. If you’re not familiar with the concept, dressing around the gun is where you choose your wardrobe based on what most effectively conceals your pistol.

I do still take concealed carry into account to some degree when I’m deciding what to wear. I am just a lot more likely these days to make the gun and the carry method fit the way I want to dress rather than the other way around. Fortunately, with advances in holsters and other carry gear and with all the different types of firearms we have available now, I often don’t have to choose between carrying the gun I want or wearing the clothes I want. A lot of the time, I can do both. But if I do run into a conflict, I’m going to lean toward wearing what I want.

To some people, that would be considered a dangerous compromise. I guess that depends on your perspective. I don’t really see it that way. Having the skills and the tools to take care of yourself is supposed to be liberating, not limiting. I don’t see this approach as a compromise to my safety. If anything, there is a limit to the compromises I’m willing to make to my lifestyle in order to accommodate carrying a gun.

Your personal risk assessment may lead you down a completely different path and that is totally fine. If there’s anything we’ve learned over the last year, it’s that even in matters of life and death, we are never going to all agree on what constitutes a serious risk and how to best mitigate that risk.

You Don’t Have To Be A Tactical Hobo

What I want to caution against is falling victim to the tactical hive-mind that tries to dictate what the minimum standard should be if you take your personal safety seriously. That standard is continuously changing, but it usually starts with some assertion that you shouldn’t even bother carrying a gun unless it meets some minimum threshold for size, caliber, and ammo capacity.

Then, you’re as good as dead if you don’t carry a spare magazine for that gun. You have to put a full size weapon mounted light on that pistol or all the kids on Instagram will laugh at you. You’re going to need a fixed blade knife and a tourniquet, whether or not you have any idea how or when to actually use them. To carry all that stuff, you’re going to need a two-inch wide bat-belt.

And to bring this all back around to the clothing issue, to conceal all of that stuff, you’re going to need a whole new wardrobe. That’s where we get the tactical hobo look that Cameron mentioned in his email with the oversized polo, cargo pants, and if you really have no shame, the tactical fishing vest. If you’re under 50, the tactical hobo looks more like an untucked flannel shirt, jeans, and a pair of Merrell hiking boots. 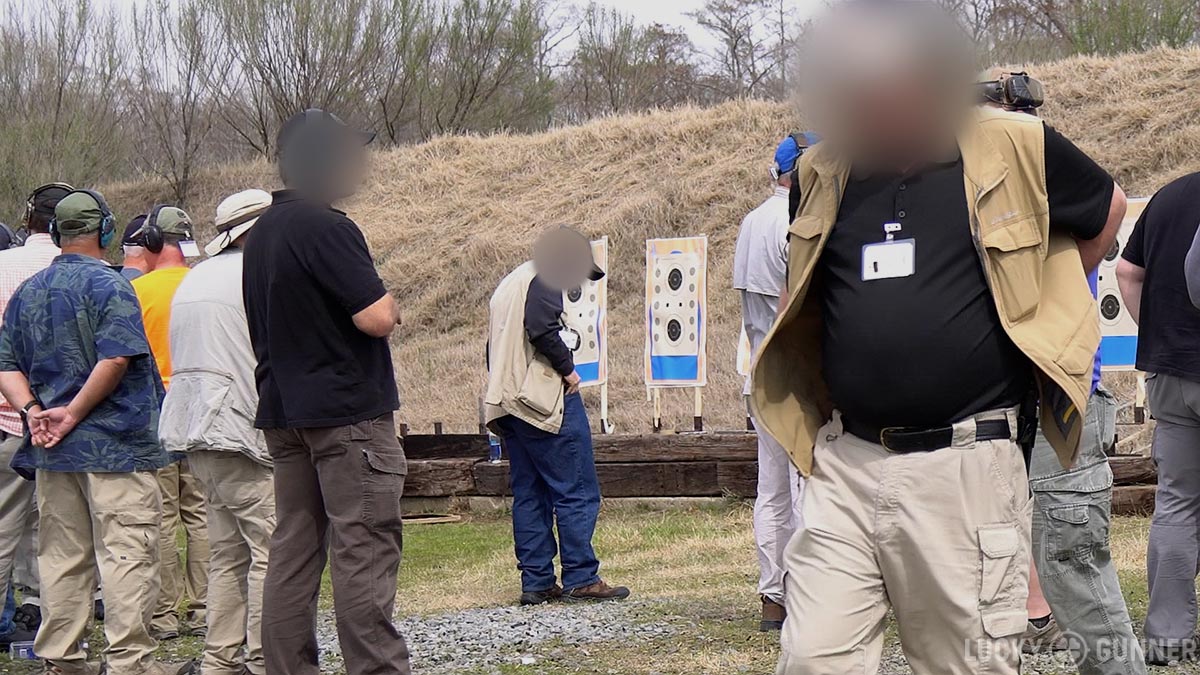 If you want to carry all of that stuff, that’s perfectly fine. Individually and in the right context, none of those things are inherently bad. And depending on where you live and what you do and your age and other demographics, dressing like a tactical hobo might actually not look out of place at all. I just don’t think anyone should feel obligated to dress a certain way or carry certain gear solely because that’s “just what you do” if you’re serious about self-defense.

You can be serious about self-defense and still have other priorities that supersede the optimization of your concealed carry setup. I know some of you have fully immersed yourselves in armed self-defense as a hobby and this is really difficult to accept because what kind of dandy prioritizes something like fashion over their own personal safety and that of their loved ones?

I hate to say the f-word because I know it makes a lot of you uncomfortable, but I’m going to use it again: fashion matters. I’m not talking about following the latest trends or wearing expensive clothes. Half my wardrobe consists of $7 t-shirts. I’m just talking about having the self-awareness to understand in what ways your dress and overall appearance impacts the way you are perceived by people around you.

I could talk about the benefits of being a “grey man” and blending into your surroundings and all of that. You don’t want bad guys to think you’re the guy with a gun. That has some strategic advantages. You don’t want to draw any attention to your gun if you’re in a non-permissive environment. I’m sure most of you have heard all those arguments before.

But what about some of the other “real life” stuff? If you wear clothes that don’t fit well or look dated or out of place, that can draw unwanted attention or prevent you from being taken seriously. You could miss out on jobs or career advancement. You could be limiting your romantic prospects. In some cases, a sloppy appearance could even make you look more likely to be a compliant victim in the eyes of a predatory violent criminal.

The late Dr. William Aprill talked a lot about this kind of thing. I’ll leave a link to a collection of his lectures and podcasts. He had some of the best information available on victim deselection. Violent criminals make subconscious decisions about who to victimize based on a number of factors like the way people carry themselves, their mannerisms, the way they walk, and their overall appearance including the way they dress.

I’m not saying you’re going to get mugged if you wear cargo pants. I’m saying that if you have an arsenal on your belt, but you dress in a way that suggests a lack of self-respect and self-confidence, that might not be a net positive. There’s a whole lot more to self-defense than carrying a gun. And there’s a whole lot more to life than self-defense. Carry to live, don’t live to carry.

Before you start dressing around the gun, ask yourself a couple of questions. First, do you really have to make that trade-off? And second, to paraphrase Dr. Aprill, what kind of signals are you sending out to the world about yourself with your appearance?

If you’ve got a question you want me to address in a future video, just leave that in the comments below, or you can send an email via our contact form. I might not be able to read every question, but I promise, I can read.

How to Sight In a Rifle Scope

Following our tutorial on how to mount an optic to your rifle, we're moving on to how to sight in...