I know you’ve been on the edge of your seat hoping for Part 2 of The Quest for the Ideal Carry Revolver. Unfortunately, thanks to nasty winter weather and the past week’s wild ammo market, I haven’t been to the range much lately. So until I get more trigger time with the revolvers I’m trying out, enjoy my best attempt at deciphering Smith & Wesson’s revolver catalog.

We got some good feedback on our reference guide to 1st-3rd Gen S&W Semi-Autos, so for our Wheel Gun Wednesday series I thought I’d put together a similar chart for all of the S&W revolvers. And that’s exactly what I would have done except Smith & Wesson’s revolver model numbers have all been assigned by a mad genius. Sometimes there appears to be a logical numbering system at work, but it’s applied inconsistently, and varies from one product line to the next.

So instead of one big comprehensive chart for every Smith & Wesson revolver ever made, I’m offering this smaller bite-sized chunk: every post-1957 .38 Special and .357 Magnum revolver from S&W that officially entered full-scale production.

Why 1957? That’s the year when S&W switched over to assigning model numbers to each revolver rather than identifying them only by unique names (e.g., “Registered Magnum” or “Combat Masterpiece”). The nicknames still remained in many cases, but they could refer to a family or series of revolvers with similar characteristics.

In the charts below, I’ve grouped the models by frame size and then by series. Where possible, I’ve listed the defining features of each series. For each model, there’s information about its caliber, frame material, sights, finish, and ammo capacity. Here’s a handy key for how to read the chart: 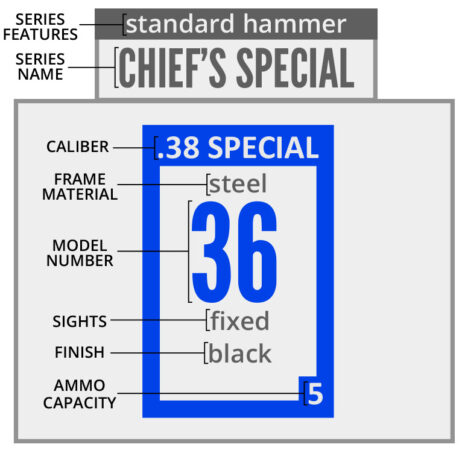 Series Name: Some of these names were used in the actual S&W catalog but others are just nicknames. S&W stopped using some of these names, even when production of the model continued. For example, the “Military & Police” designation was dropped from the K-frame revolvers years ago (and recycled for their polymer semi-autos and AR rifles), but I’ve kept the designation in the chart for all revolvers that fit the original M&P criteria.

Series Features: Each series is identified by some unique features that don’t typically apply to other models of that frame size.

Caliber: For this post, all models are .38 Special or .357 Magnum. Most S&W .38 Special revolvers can handle +P ammo, but the +P designation doesn’t appear on the barrel of some older models so it’s always best to contact S&W customer service and verify that it’s safe.

Frame Material: S&W has used a variety of metals to construct their revolvers over the years but the frames all have been either steel or a lightweight aluminum alloy. Some variants of the alloy guns contain Scandium for an even lighter overall weight. The absolute lightest S&W revolver have also included a Titanium cylinder. I’ve noted the use of Sc or Ti on the chart when the only available version of a given model use those alloys. Other alloy frame guns listed on the charts may have Sc frame or Ti cylinder variants that exist in addition to the standard aluminum or steel versions.

Model Number: The model number assigned to the product without any prefixes or suffixes (with the exception of the “Plus” model L-frames).

Finish: For the sake of simplicity, I’ve only used the labels “black” or “stainless” on the chart. Black can refer to a matte black finish or a glossy blue finish. Older models with a blue finish were often also available with a shiny nickel plated finish. Stainless can refer to the polished or matte stainless steel revolvers, or alloy revolvers with a silver matte finish that mimics the stainless steel look.

Ammo Capacity: All J-frame .38 Special and .357 magnum revolvers have a five-round capacity. K-frames all have six. L-frames can hold six or seven shots depending on the model. Older N-frame designs have a six-round capacity but the newer ones hold eight.

Other Info: I’ve tried to keep the chart as complete as possible while still being readable. That said, there is still information you won’t be able to find here. The most significant omission is barrel length. Almost every model has been offered in multiple barrel lengths at some point but availability varies. The more common barrel lengths are listed in the summary for each frame size.

I also haven’t listed the variants available for each model. If a model number contains a suffix like “PD” or “Lady Smith”, it might mean that it has features that distinguish it from other models in the same series. Here’s an incomplete list of the more common variants and some other suffixes you might see on model numbers:

The J-frame S&W revolver has become so ubiquitous that the term is often used as a generic reference to almost any small frame snub nosed revolver. The most common barrel length for a J-frame is 1 ⅞” but 3-inch models are also plentiful along with some other less common sizes.

J-Frame model numbers are determined by frame material, hammer/action type, and finish. Unlike K and L frame revolvers, S&W doesn’t use a separate model number for J-frames with adjustable versus fixed sights. 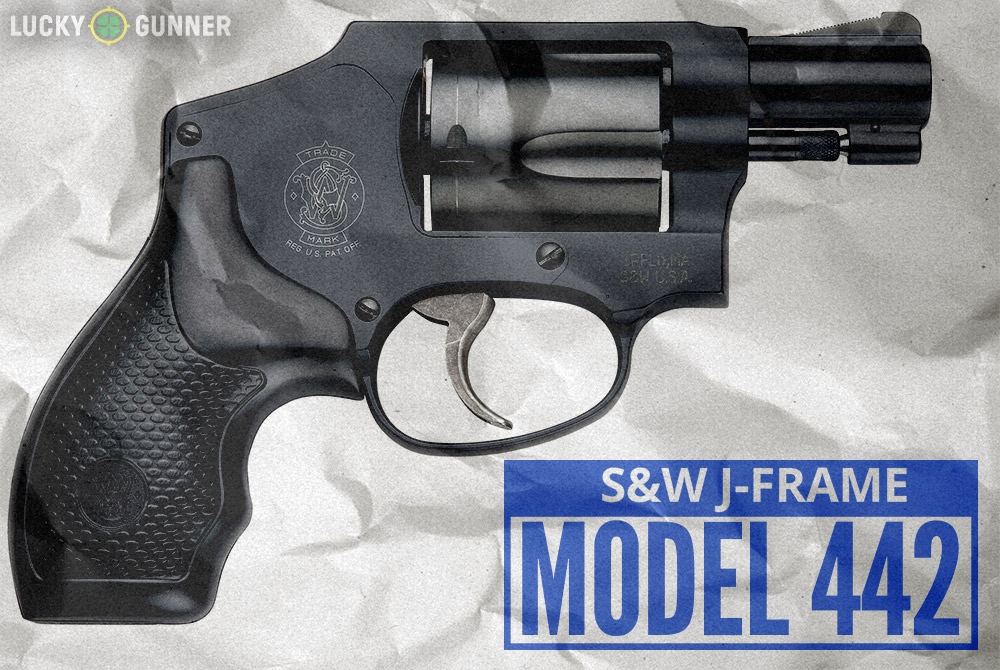 A few J-frame models started out as being offered in only .38 special, but in the mid-1990s, were beefed up to handle .357 magnum. I’ve included each of these multi-caliber models as two separate entries in the chart.

The three major J-frame model series are as follows:

The classic S&W K-frame is one of Smith & Wesson’s most enduring designs. Picture a typical 20th century policeman’s “service revolver” and it probably looks a lot like a K-frame with a 4-inch barrel. These mid-size revolvers have also been offered with long 6-inch barrels for target models, and 3-inch, 2.5-inch, and 2-inch snub nose versions for concealment.

Model numbers are based on finish, caliber, and whether the gun has fixed or adjustable sights. 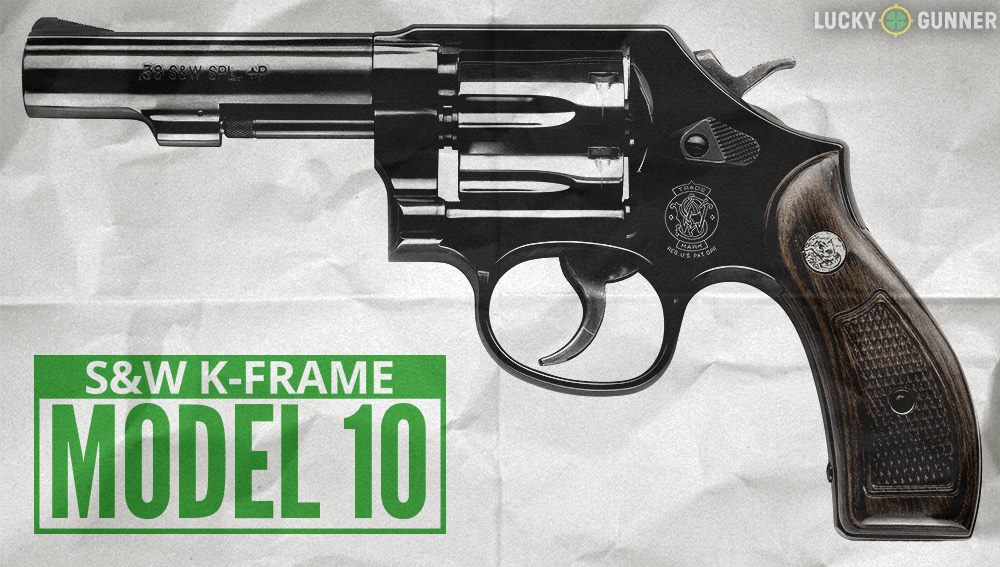 There have been three major series of .38 Special and .357 magnum K-frames along with a couple of unique models:

The medium-large L-frame .357 models came along in the early 1980s as a bridge between the hefty N-frames and the smaller K-frames. Common barrel lengths are similar to the K-frames, with the 4-inch models being the most common and 6-inch, 3-inch, and 2.5-inch versions also available.

Also similar to the K-frame revolvers, the L-frame model numbers are determined by sights, finish, and frame material.

S&W has used the L-frame for a lot of its more innovative and experimental models. The 586 and 686 “plus” models were among the first 7-shot medium-frame revolvers on the market, and several lightweight alloy L-frames have been produced at various times. 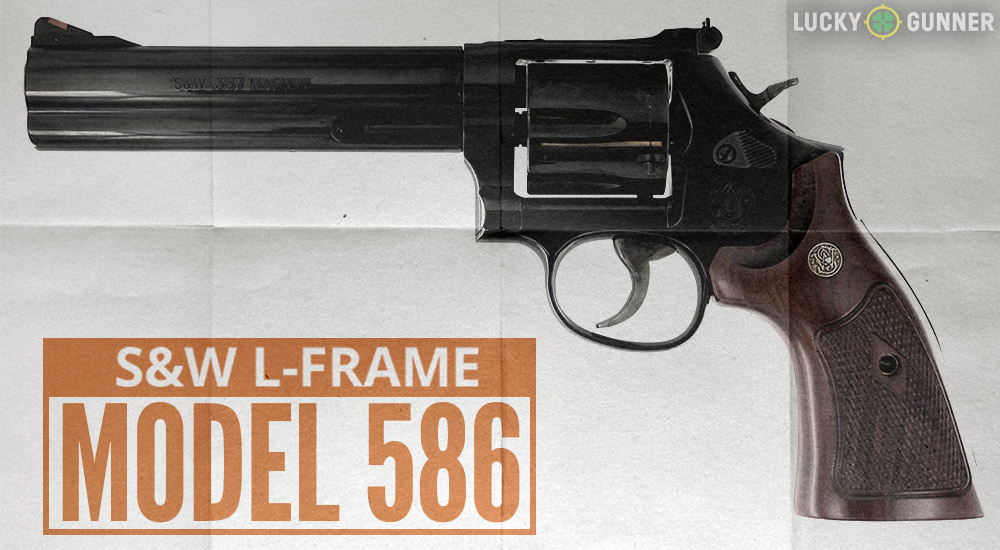 The S&W Model 27 N-Frame was the original platform for the .357 Magnum cartridge. The design proved to be durable, but it’s considered large and heavy for a 6-shooter by today’s standards. With modern metals, S&W has managed to cram eight rounds into the newer N-frame .357s.

Available barrel lengths for N-frame revolvers have varied widely over the years, and include 3 1/2-inch, 4-inch, 5-inch, 6-inch, and 8 3/8-inch models, among others. 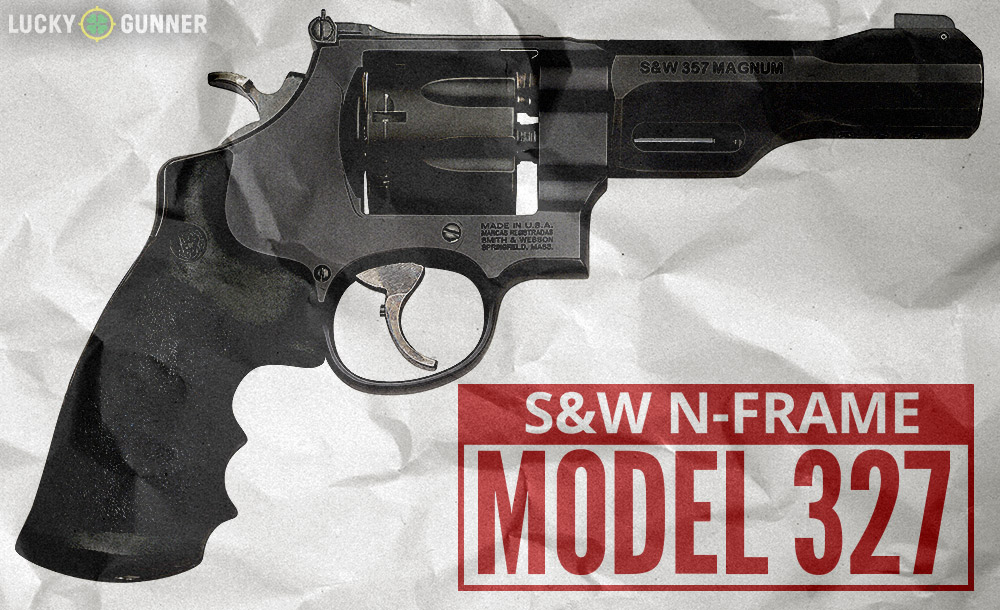 I am by no means an expert on Smith & Wesson revolvers. Most of this information is just stuff I’ve picked up from window shopping for Smith & Wesson revolvers over the years. I’ve tried to verify and flesh out the info using other sources like the Standard Catalog of Smith & Wesson, but there are probably some omissions and errors in there somewhere. If you spot one, be sure to let me know. I’ll be checking on this post periodically and will update it with corrections and additions when I have the chance.