Revolvers fail, too. I feel like I’m starting to sound like a broken record at this point, but I’ll probably keep bringing it up until people stop spreading misinformation about revolvers being “100% reliable.” In the video below, I describe yet another revolver failure I recently encountered. Two of them, actually. And I’m not talking about the kind of problems you can fix in a couple of seconds on the firing line. I mean, “put it in a box and mail it to the men with tools” kind of problems.

Details in the video, or scroll down for the full transcript (along with a few additional comments and links those lazy video watchers won’t ever see).

This is a Ruger GP100 Match Champion:

We bought this last year and used it in our ballistic gel tests. I did a short review video of it a few months ago to go along with a more detailed review from Lounge contributor Spencer Blue. It’s a nice gun. But check this out…

This gun has probably less than 1000 rounds through it, it’s squeaky clean right now, but the action will not move. It’s totally non-functional. Now, Ruger has really good customer service in my experience. I’ll send it to them and I’m sure they will fix it and it’ll be fine. I’m not trying to pick on Ruger or tell you not to buy a GP100. This could have just as easily happened to a Smith & Wesson. 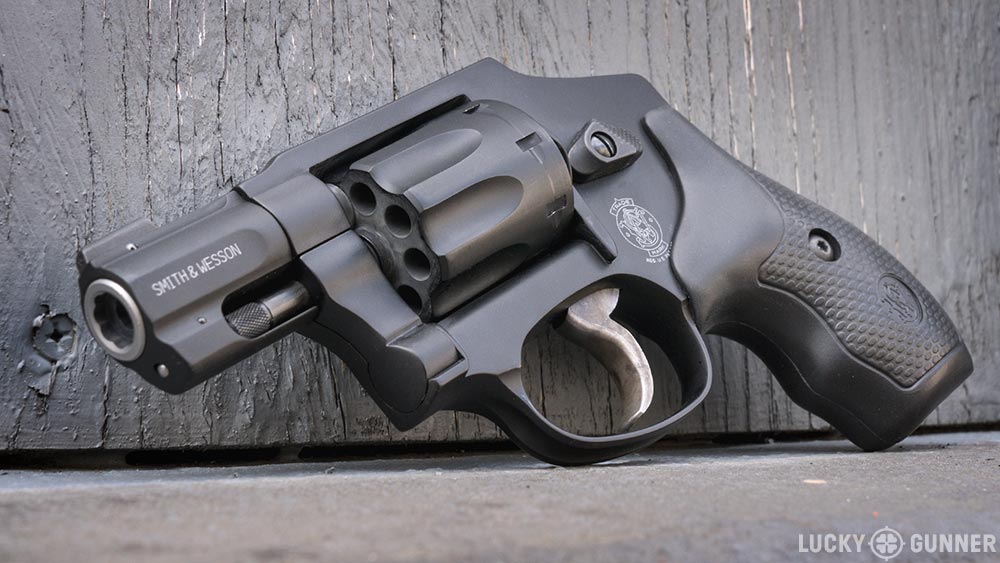 It’s a pretty cool little gun. But you know what’s not cool? When this happens: 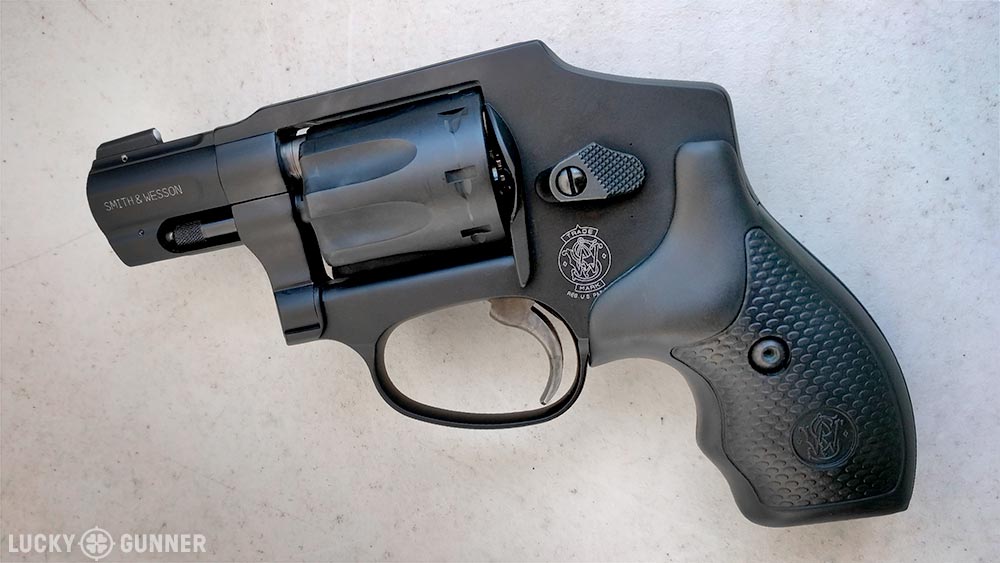 This is what my 43 looked like on its first trip to the range after I fired about five or six rounds. For those of you who may not be familiar with double action only J-frames, there is no reason the trigger should ever be stuck in the rear position like that unless your finger is holding it there. But this gun would not go through a whole cylinder without the trigger getting stuck and I would have to manually reset it (Greg Ellifritz encountered an almost identical problem a few years ago with a brand new S&W 351) Fortunately, Smith & Wesson fixed it, no questions asked. They paid for shipping and I had it back in about 10 days.

So again, I’m not trying to slam either of these companies. If you’re looking for a revolver to use for self-defense, you’re probably not going to find anything remotely affordable in current production that’s better than what Ruger and Smith are offering.

My point is that revolvers, in general, break a lot more often than most people realize. Last year I did a video on the pros and cons of using a revolver for self-defense and in that video I listed several types of revolver failures that I had either experienced myself, or had witnessed at the range. And that seems to have made a lot of people… unhappy. I’ve been accused of implying that revolvers malfunction at a higher rate than semi-autos, or that I just made all of that stuff up because of some deep-seated hatred or bias I have against revolvers.

I can’t prove that I’m telling the truth about having seen a bunch of broken revolvers (except for these two). But I certainly don’t hate revolvers. If anything, I have an irrational bias in favor of revolvers and that’s why I talk about them so often. I am not opposed to revolvers. I am opposed to ignorant people perpetuating stupid myths about revolvers, like the idea that they are immune to any type of malfunction or that they don’t have to be cleaned or maintained, or that having fewer rounds on board somehow imparts a supernatural calm upon the user so they always take more careful aim than those reckless semi-auto shooters. My favorite myth is that revolvers are inherently more reliable because they are mechanically less complex than semi-autos. If you have taken the sideplate off of a Smith & Wesson, you know it looks like the guts of a 19th century clock threw up in there. Any time one thing moves, everything else moves. That means if any one of those little parts is slightly out of spec, the whole thing is compromised. 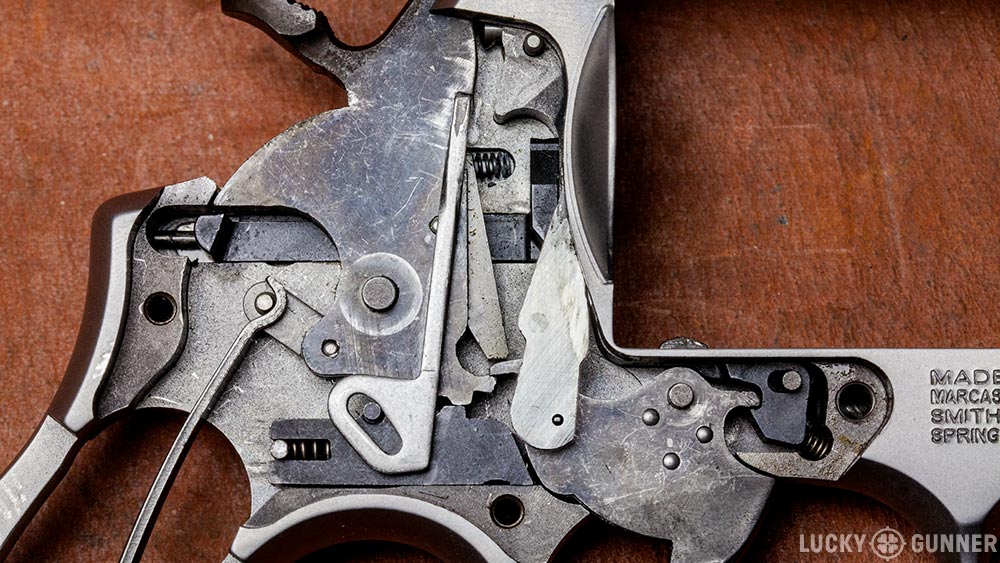 Even having said all of that, I have never intended to imply that revolvers are generally less reliable than semi-autos. I’m not going to say they’re more reliable either. That is completely context dependent. But I have seen a disproportionate number of supposedly good-quality revolvers break on the firing line to the point where they could not be fired again without getting tools involved.

Now, let me add some context. The revolvers I have seen with the biggest problems, for the most part, have been those made within the last 10 years or so that have a relatively low round count. And that leads me to believe that in the 21st century, revolvers, in general, are just not made to the same standards they used to be. It also seems like there is probably some reverse-survival bias going on. So, if a revolver is going to have a serious issue, it’s most likely to happen within the first few hundred rounds, and then if it makes it past that point, it’s probably fine for a while as long as it’s well maintained. And I’m not saying that older revolvers don’t have problems, too, I just personally have seen them completely stop working less often than newer ones.

But regardless, what I hope people take away from this is that no gun is immune to having problems. Any firearm you rely on for self-defense — whether it’s a revolver or a semi-auto or new or old or cheap or expensive — it needs to be test fired with your chosen defensive ammo before you trust it to work. It needs to be cleaned and lubricated as appropriate, and if you use it a lot, it needs to have springs and certain other parts replaced periodically. If you’re keeping a gun around as a potentially life-saving device, keep in mind, it is a man-made thing that can fail and you can’t trust it to work solely based on the design or the name of the factory it came out of.