Revolvers: Not Just for Old Guys

Hide your Glocks! Hide your Sigs! It’s Wheel Gun Wednesday! Every Wednesday, I’ll be exploring a topic related to revolvers as modern self-defense tools. For you six-gun haters, regular programming will continue as normal on all non-Wednesday posts.

When prospective first time gun buyers ask for my suggestions for self-defense handguns, I seldom recommend revolvers. As we’ve already discussed in this series, semi-autos are easier to shoot well and have higher ammo capacity — both important advantages.

But these advantages aren’t everything and one of the aims of this series is to explore with more depth those often-overlooked instances where revolvers offer an edge. So today we’re looking at a couple of groups of people who might be better off using revolvers for self-defense. Is the revolver really just an “old guy gun” or can other people benefit from its advantages?

Most people who own a handgun for self-defense rarely practice and very few receive any training — especially not anything beyond state-mandated concealed carry “training.” In fact, if you make it out to the range just once a year, you’re probably in the top half in the country in terms of total trigger time. 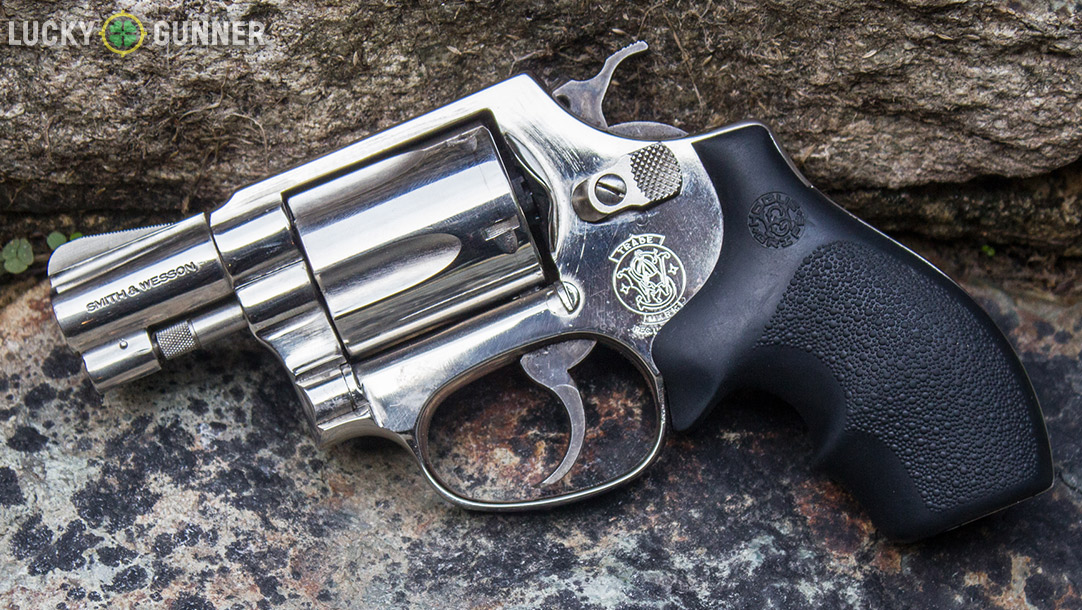 I’m usually pretty adamant about the fact that one does not have to be a shooting “enthusiast” in order to be adequately equipped to use a gun in self defense, but I do encourage everyone to pursue some training and occasional practice. In reality, that usually doesn’t happen. Whether I like it or not, the average gun owner is at best a casual shooter.

“Every year hundreds of thousands of people, who have had no training whatsoever and who seldom practice, successfully defend themselves with firearms, often small ones, from villains intending them harm.”
-Claude Werner

Contrary to the “common wisdom” that typically prevails among those of us who take this self-defense business more seriously, these novices are not necessarily headed for a death sentence if the situation ever arises when they have to use the gun. As Claude “The Tactical Professor” Werner has astutely pointed out, “Every year hundreds of thousands of people, who have had no training whatsoever and who seldom practice, successfully defend themselves with firearms, often small ones, from villains intending them harm.”

Of course, sometimes these untrained folks don’t win. Sometimes the gun they don’t shoot often is one they don’t carry often, so it’s not around when they need it. Maybe their gun is nearby, but they’re not confident in how to use it, so it’s forgotten when they need it most. Of course, training and practice offers a remedy to these problems. But we’ve already established that this is a group of people who are not terribly motivated to be proactive about regular training. If that neglected firearm they keep around “just in case” was a revolver and not a semi-auto, would it increase their chances of surviving a conflict?

Not too long ago, it was common practice to start off new shooters with revolvers. Even today, a lot of husbands default to the lightweight snub nose when they decide to buy a carry gun for “the wife”. In both cases, the assumption is that a semi-auto is “too complicated” for a beginner to understand, let alone a delicate female.

In reality, if a person can drive a car or run a coffee maker, they can learn how to operate a semi-automatic pistol in about 10 minutes, provided their instructor is not a condescending neanderthal. Some people might need more help than others, but when you get down to the actual mechanics of making the thing function, it’s really not that difficult. 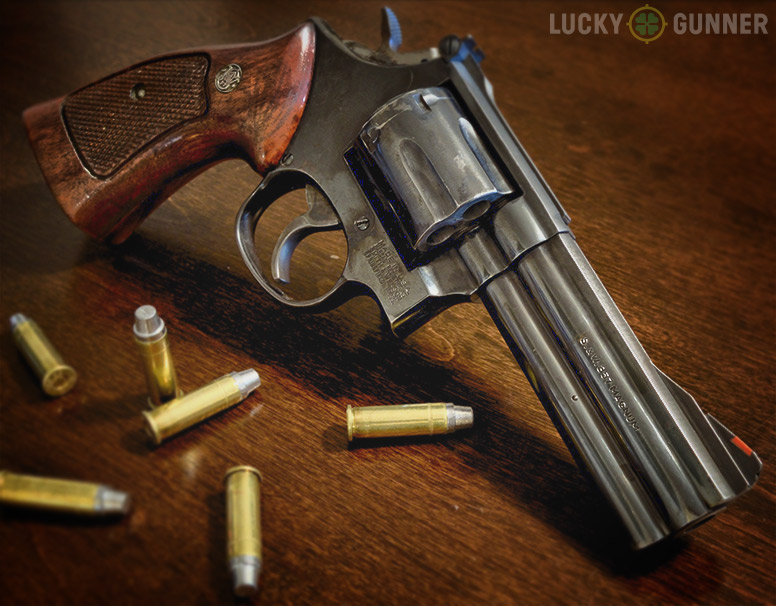 It’s also not especially intuitive. Put yourself in the shoes of an inexperienced gun owner who hears a bump in the night and picks up a Glock 19 from their dresser drawer for the first time since they bought it several years earlier. There’s a lot going on with a semi-automatic that you can’t actually see. Is the magazine loaded? Is there a round in the chamber? Is the safety on? Wait… is there even a safety? It’s all easy stuff to learn with some initial instructions, but our brains require repetition and rehearsal in order for these kinds of things to stick in our long-term memory.

Now pretend that Glock 19 is instead a S&W 586 revolver. Unlike the autoloader, the wheel gun is showing you its guts, so to speak. A quick glance will tell you if its loaded, even if you can’t remember how to open the cylinder. All that’s left is deciding whether it’s an appropriate moment to aim and press the trigger.

That’s a bit of an extreme example, I admit. And there are plenty of people who seldom practice shooting but have had enough exposure to firearms in the past that the operation of a semi-auto is still second nature to them. The key is that whatever firearm a person keeps around for self-defense, they have to be able to make it work without putting any conscious thought into it. A revolver gives the user more visual clues as to how it functions, and there are fewer controls to recall. Revolvers can be very difficult to master and shoot well, but it’s easy to learn — and more importantly remember — how to make them go bang.

On the other end of the enthusiast spectrum, there are experienced shooters who are just die-hard fans of revolvers. They do practice regularly and have had plenty of training, and for whatever reason they just prefer revolvers over semi-autos. And for the record, no, not all of them are dudes with gray hair.

It’s possible to make the case that since these folks are already taking the initiative to improve their shooting performance, they would be better off focusing that effort on semi-autos instead. Anyone with a decent command of the double action trigger has already learned one of the most difficult skills in shooting any type of semi-auto action. Making the switch would be easy from a training perspective. How can they possibly justify giving up all the potentially fight-winning ammo capacity of a semi-auto in favor of a tired old six shooter?

This line of thinking is not technically wrong, but there are plenty of valid counter-arguments. The only one that matters at the end of the day, however, is that some people just like revolvers better and you can’t necessarily divorce someone’s motivation to improve as a shooter in general from their passion for shooting revolvers in particular. If they like shooting revolvers more than semi-autos, then sticking with wheel guns probably means they’re more likely to practice on a regular basis, more likely to have the gun with them, and more confident in their ability with a revolver — all important, yet easily overlooked aspects of personal protection.

Having a preference for revolvers does not fix the problem of the gun running dry after five or six rounds. Objectively, a semi-auto loaded with 15-20 rounds equips the user to solve a broader spectrum of life threatening problems. But if that stubborn — maybe even illogical — preference for wheel guns is what gets you excited about going out to the range and keeping your skills sharp, I wouldn’t try to change your mind.

Finding a Handgun Grip that Fits

A few of years ago, I read a short blog post by Todd Green entitled “Feelings”. It was about how it’s easy...