We’re doing something a little different for this episode of Start Shooting Better. We’re going to talk about how to practice. Normally, we share a shooting drill or a test for you to use at the range to help sharpen your skills. We usually kind of assume that if you’re going to shoot these drills, you already have a certain level of baseline proficiency. But I know that’s not always the case. And someone who is just beginning to get serious about shooting probably shouldn’t run off to the range and start doing Bill Drills or Casino Drills first thing. They could, it would just be a really inefficient (and probably frustrating) way to learn how to shoot.

So I think what a lot of people are looking for is some kind of road map to basic proficiency with a handgun. If you don’t have a good instructor walking with you through that in a training class, it can be pretty difficult to figure out on your own. A few months back, I got to talk to Ernest Langdon from Langdon Tactical about this very subject. He had a lot of really good advice, which you can find in the video below, or scroll down and continue reading the transcript.

Skill Building as a Shooter: Process Versus Outcome

ERNEST: The context of a lot of these drills that we see on the Internet are often misconstrued, meaning that we see these guys doing these amazing drills with all kinds of incredible speed and accuracy. But the question comes into play: how do we get there? How does that process begin?

I think the important thing to understand is the process, if you will, is the important part. We as shooters, and in people in general, like to get end-result oriented. We want to get to the end game and the process is very important. So the question is, how do we practice? How do we set ourselves up for success in our practice routine so that we can accomplish the goal of improving our skill level? 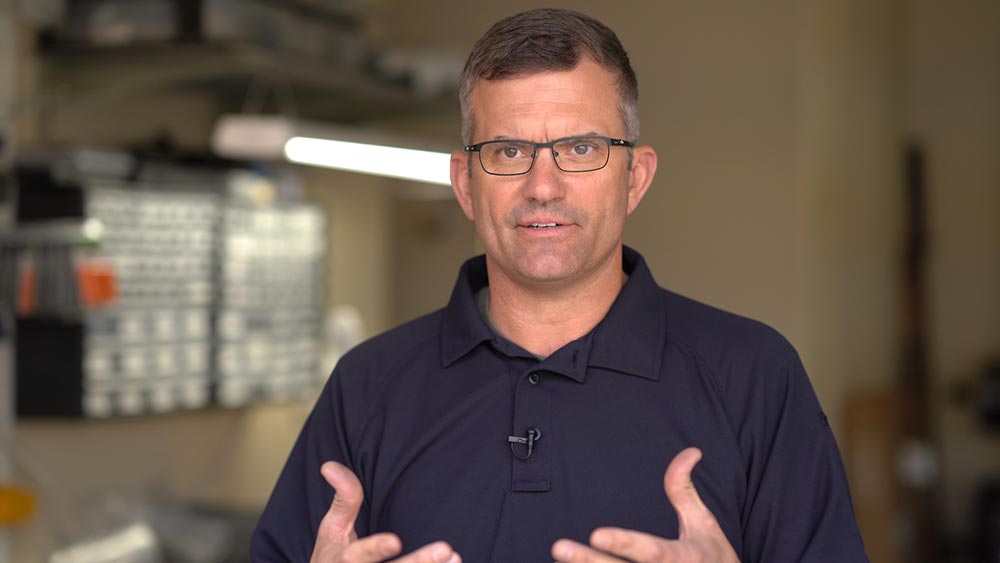 Probably the first thing that I would say is, for a lot of new shooters, it would be very important to go to the range and just shoot at a blank sheet of paper — a big target turned around backwards. You don’t have any real aiming area, just a blank sheet of paper that you can shoot into so that the focus can be on what you see of the sights, how they’re moving in recoil and proper manipulation of the trigger. Manipulating through the trigger so that you’re not disturbing the alignment of the gun when it fires.

For a lot of people, learning to shoot the gun and get over the anxiety that the gun fire, the blast, and the recoil creates for them is a really important process in learning to shoot the gun well. Often, very early on, we get so focused on shooting teeny tiny groups that that becomes a very difficult thing to do because we’re still not comfortable just letting the gun fire and recoil.

Often, people get in such a rush to get to shooting fast that they try to skip through the process of understanding what that looks like — that the sites are just slightly out of alignment, but I did [the trigger press] right and I still hit what I was aiming at. Or my sights were, even better, perfectly aligned and they were just off to the left of my intended target and I hit exactly where my sights were aligned because I pressed the trigger correctly. Learning that process, learning to accept that is very important.

On the heels of those drills, we want to get used to trigger manipulation for shooting at speed. So, transitioning between shooting at speed and then shooting very precisely. Getting used to getting back to that prep point and trigger press is important. So, spending a lot of time on the range where I fire one shot and when I recover, [my finger] comes right back to that prep point [on the trigger]. I fire two shots, I come right back to that third prep point. I fire three shots, on the fourth shot, I don’t take it, but I come back and I prep that trigger again.

Doing that repeatedly gets us used to understanding what the triggers do. I find a lot with my students that they have no idea at what point when they’re pressing the trigger the gun actually goes “bang.” They kind of hover, they touch the trigger, and once they decide they need the gun to go bang, they just kind of hammer through. So their ability to make a really precise shot on demand becomes very difficult for them, especially if they’re trying to do it at any kind of speed.

When To Start Using a Shot Timer

At what point do you need to implement a timer? I would say fairly early on. Once you have established a good baseline of skill where you’ve got good gun manipulation, you can draw the gun and make an accurate shot on demand. We’ll say an accurate shot would be if I can draw the gun and I can hit a four-inch circle when I need to, for sure. I mean, I draw and I know I’m gonna hit it. It’s not a, “hey, I got it that time! Woohoo!” I mean, I can draw, there’s that four-inch circle — bam, I can hit it at ten yards consistently. 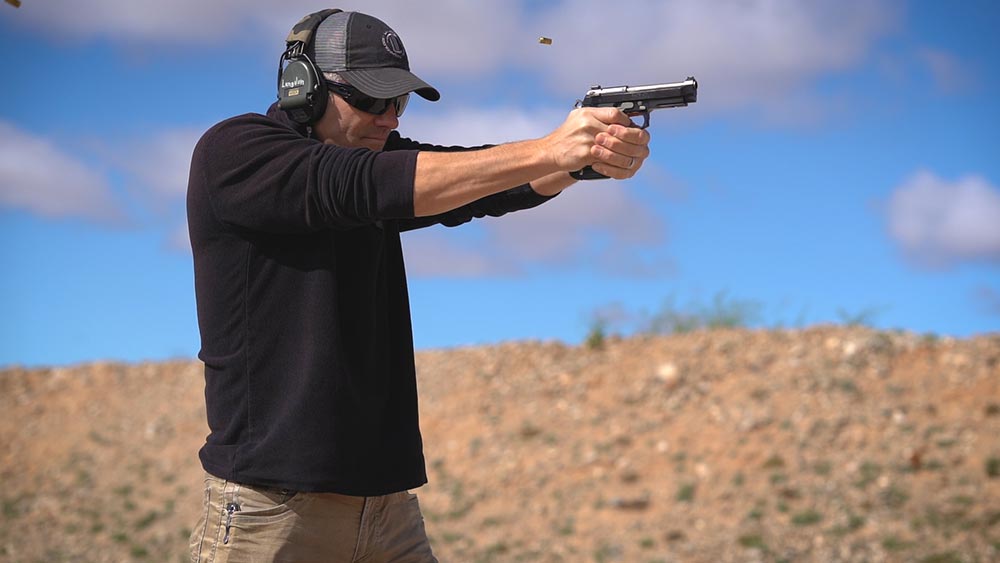 It depends on background. For some people, they start getting into shooting and they already have a background in law enforcement or military or something else like that. Or they’re just a gifted athlete, whatever that is, and a lot of this process of hand eye coordination comes very easily for them. They may be able to adapt to using a timer at a much earlier stage in the game. But the critical component is if they can’t make a quasi-accurate shot on demand, then they’re not quite ready to be putting time constraints on it.

Now, the dry fire process is important because we need to be honest with ourselves on how we’re dry firing. Often, what I find people will do is they, you know, “I’ve got this really fast draw stroke. I can do a one-second draw in dry fire. But I can’t quite do it on the range.” Well, then you’re not doing it in dry fire. That means that you’re you’re cheating yourself on what really needs to happen. You weren’t gripping the gun the way you really needed a grip to control recoil. You didn’t see what you really needed to see in order to break that one second shot.

Being honest with yourself, gripping the gun firmly, controlling the gun correctly, and seeing what you need to see in dry fire is critical.

And those are the processes that we need to go through to grow as a shooter. Often, throwing that timer aside, not getting so wrapped up in the end process and being really focused on what needs to happen to get there. That’s going to be huge as far as growing as a shooter.