Not many guns can evoke the kind of strong emotions the 1911 does. Whether you love it or hate it, chances are, you have an opinion. Today, we’re digging into how the 1911 became such a big part of gun culture and why it’s a polarizing topic even 110 years after its invention.

Hey everybody, I am Chris Baker from LuckyGunner.com where you can buy all your ammo with lightning fast shipping. The other day, I realized that in almost ten years of making gun-related content for Lucky Gunner I have never made a whole video devoted specifically to the 1911 – one of the most iconic handguns in American history. So today, I’m going to remedy that.

Gun people tend to have pretty extreme opinions about the 1911. They either love them or hate them. Personally, I haven’t spent enough time at the range with 1911s to really have a strong opinion either way. I’ve owned a few and I’ve generally enjoyed them, but not enough to call myself a serious 1911 fan. So I might be in a good position to look into what makes this such a divisive topic.

First, let’s look at the history of the 1911 within American gun culture. As I’m sure you’re aware, John Moses Browning developed the M1911 around the .45 ACP cartridge for Colt. It became the standard sidearm of the US Armed Forces from 1911 until 1985. 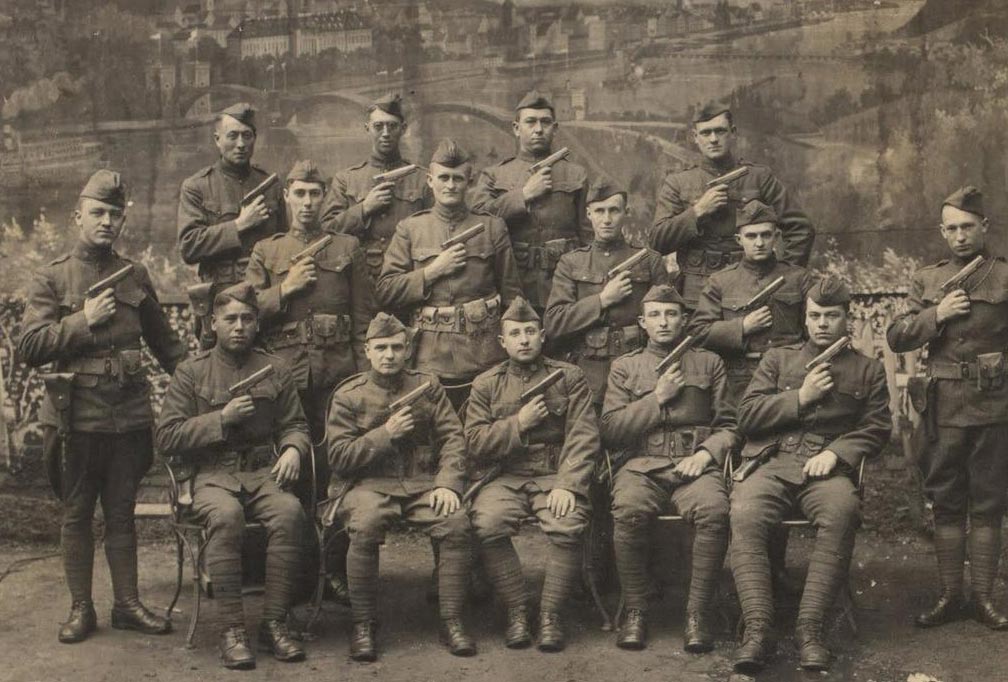 In the 80s and 90s, police departments traded their revolvers for double stack 9mms. They kind of skipped right over the 1911 because it was sort of a dinosaur at that point. The military also switched from the 1911 to the Beretta M9 in the 80s. So how and when did 1911 become such a big deal among the gun enthusiast crowd?

There were probably a variety of reasons, but if any single person deserves credit, it’s Col. Jeff Cooper. His influence as a gun writer began in the 60s and 70s. He basically pioneered the civilian defensive firearms training industry. There was no YouTube or even mail-order VHS back then. Maybe just one or two traveling firearms instructors in the whole country. If you wanted the latest and best information about pistol shooting techniques and gear, you read gun magazines and books. Cooper did a lot of writing for both and it turns out he was a major advocate of the 1911. 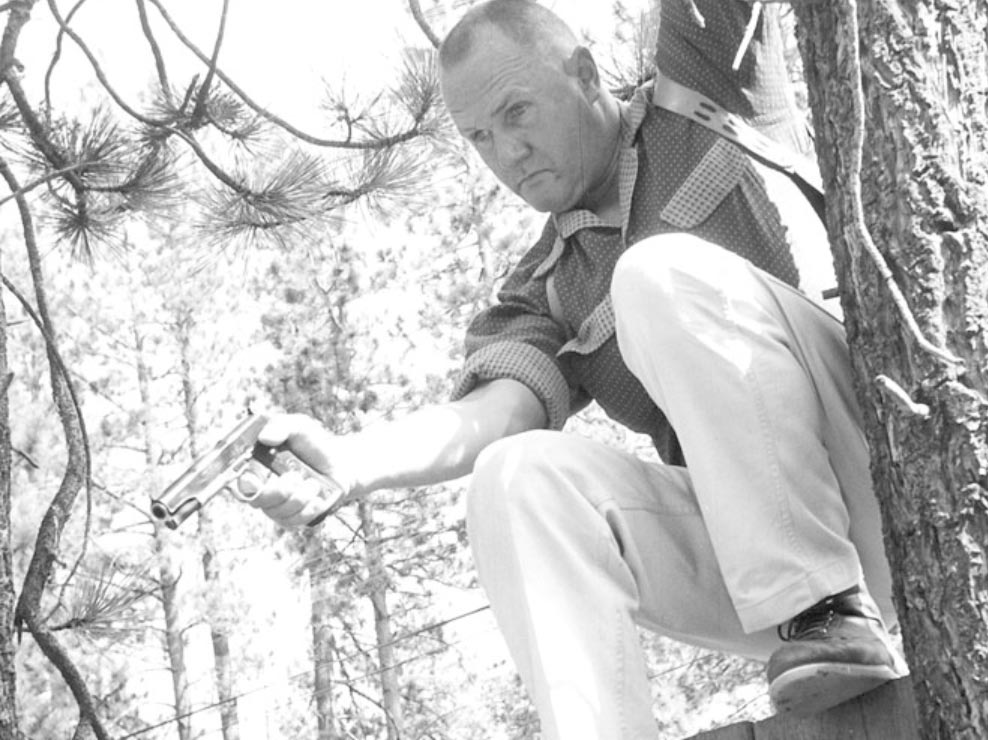 In 1976, Cooper founded Gunsite Academy in Arizona to teach his modern technique of the handgun which was largely based around the 1911. That same year, he led the effort to begin a scenario-based pistol competition league which became USPSA. From pretty early on, the dominant pistol used in those matches was the 1911. During that era, if you were serious about the defensive side of pistol shooting, you probably owned or wanted to own a 1911. And the real goal was to get a full custom 1911.

Back then, Colt was the only company making 1911s and they were pretty basic. The preferred variant was the Gold Cup, which had a match barrel and adjustable sights. Other modifications that we kind of take for granted today on the most basic 1911s were not available at all as factory options. So if you wanted a beveled magazine well to speed up your reloads or an extended beavertail to help prevent hammer bite, or front strap checkering or an enlarged safety lever, that all involved custom gunsmithing. 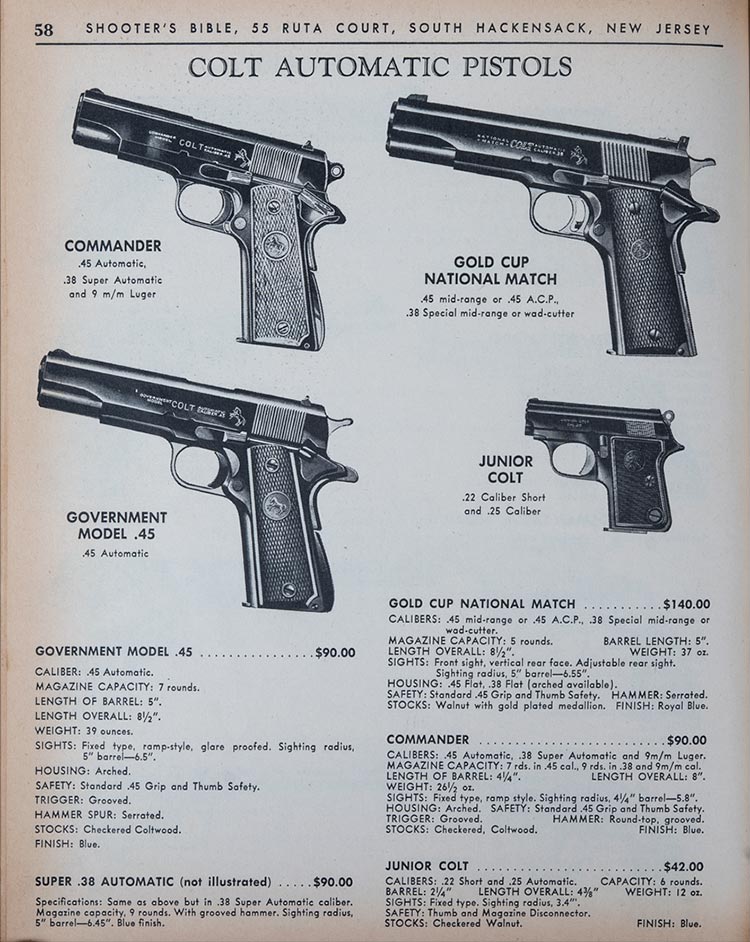 In the 70s and 80s, an entire industry of parts and custom shops sprang up to support the 1911. Eventually, companies other than Colt began offering semi-custom 1911s with some of these features available off the shelf. The market for these premium 1911s spread beyond the competition world and Gunsite alumni and started catching the attention of gun enthusiasts in general.

But by the 1990s that interest in the 1911 was already declining. It looked like the double-stack 9mm and .40 S&W pistols were finally going to put an end to the 1911 revival. But then Congress passed the Assault Weapons Ban of 1994 which prohibited the sale of any new magazines with a capacity of more than 10 rounds. 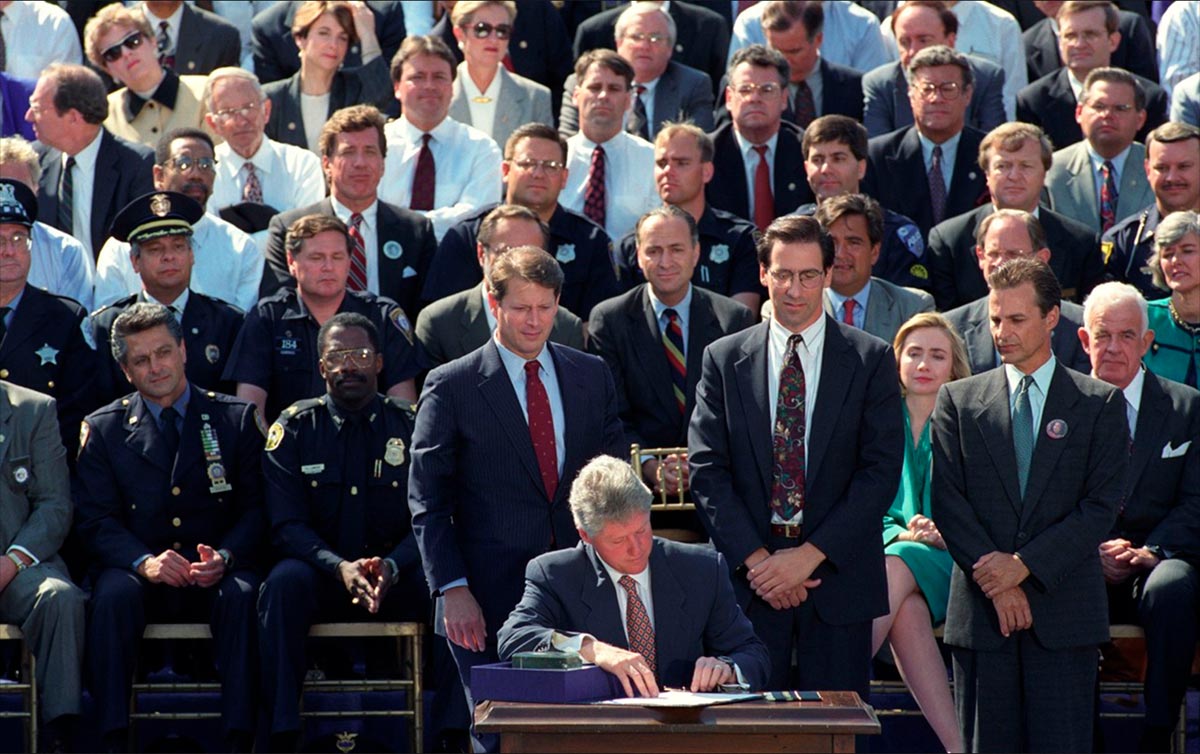 A lot of shooters figured if their full size pistol had to have limited capacity, then at least they ought to get one that shoots bigger bullets. That brought new life back to the 1911 platform which continues today.

Now we’ve got dozens of different companies making 1911s. We’ve also got plenty of 1911-based designs that don’t quite count as proper 1911s like the little Sig P238, or the Wilson Combat EDC X9 or the double stack 2011 variants. Popularity of the .45 ACP cartridge has been in decline for the last several years, but these days, just about any 1911 variant you can imagine is also available in 9mm.

So back to our original question: why do people have such strong feelings about these guns? We’ll start with the haters.

Why Everyone Hates the 1911

There are inexpensive 1911s, but that’s all relative. The cheap ones still cost at least as much as you’d pay for a basic polymer striker-fired pistol from a company like Glock, Sig, or Smith & Wesson. They generally don’t work as well as more expensive 1911s or as well as a basic polymer pistol. If you plan to actually shoot a 1911 a lot and you expect it to be reliable, the advice I generally hear is that you should plan on spending no less than $1000 to 1500. And that still only gets you into mid-grade territory as far as 1911s go. 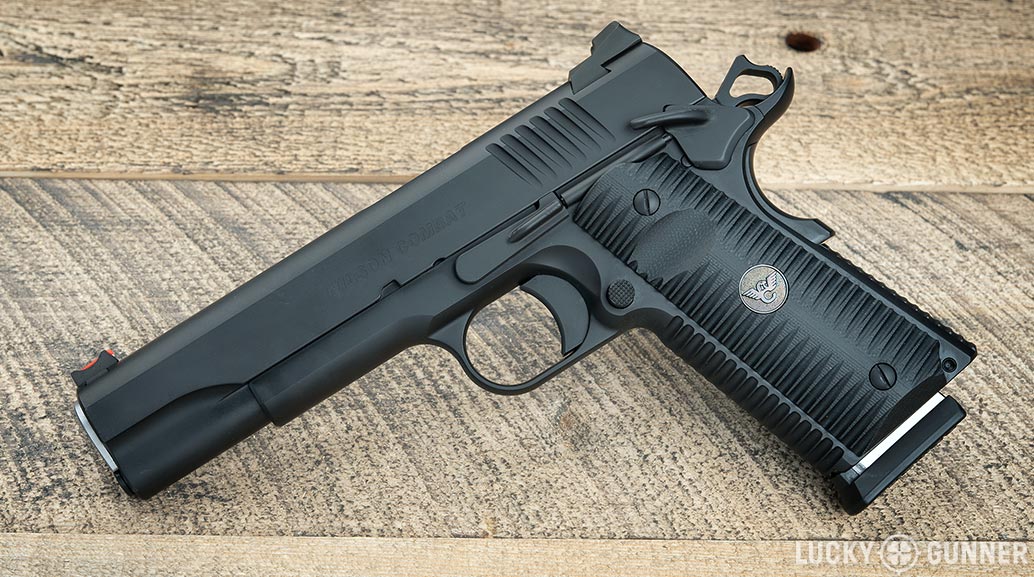 Unfortunately, spending more money on a 1911 doesn’t necessarily mean you’re getting a good one. Some 1911 makers really aren’t that great, but they still charge premium prices. They make guns that look nice, but tend to have problems. Even the really good 1911s often require more attention to maintenance than most other pistols. And the farther you deviate from the original size and caliber, the more that tends to be true.

You probably have the best chance of success with a 5-inch .45. The commander-size models are usually okay, even in 9mm. When you get to barrels shorter than four inches, that’s when the reliability curve really drops off and you have to pay careful attention to things like recoil spring weight and ammo compatibility.

1911s can be very reliable. And they can be affordable. They are rarely both. For people who are used to paying 500 bucks for plastic pistols that can go 5000 rounds in between cleanings, you can see why the fussiness of the 1911 platform might come across as a major downside.

Why Everyone Loves the 1911

So what do people still like about 1911s? Compared to what was available in the 1970s, today we have almost infinite options for quality handguns. There is really not much the 1911 can do that other guns can’t do better and cheaper. Except for two things.

The first is the trigger. The 1911 is still the gold standard for what we generally consider a “nice” trigger. They tend to be light with a very short length of travel. They’re not all nice. I once owned a cheap 1911 with a gritty 12-pound trigger and it was horrible. But usually, they’re at least pretty good. I like a single action trigger that’s least four or five pounds with a little bit of pre-travel. But you can get them lighter or heavier than that.

It’s also one of the only triggers that slides straight to the rear rather than a lever that pivots. That means the trigger stays in contact with the same part of your finger through the whole trigger press. Basically, the trigger makes 1911s very easy to shoot both quickly and accurately. They’re extremely forgiving of imperfect trigger control technique. 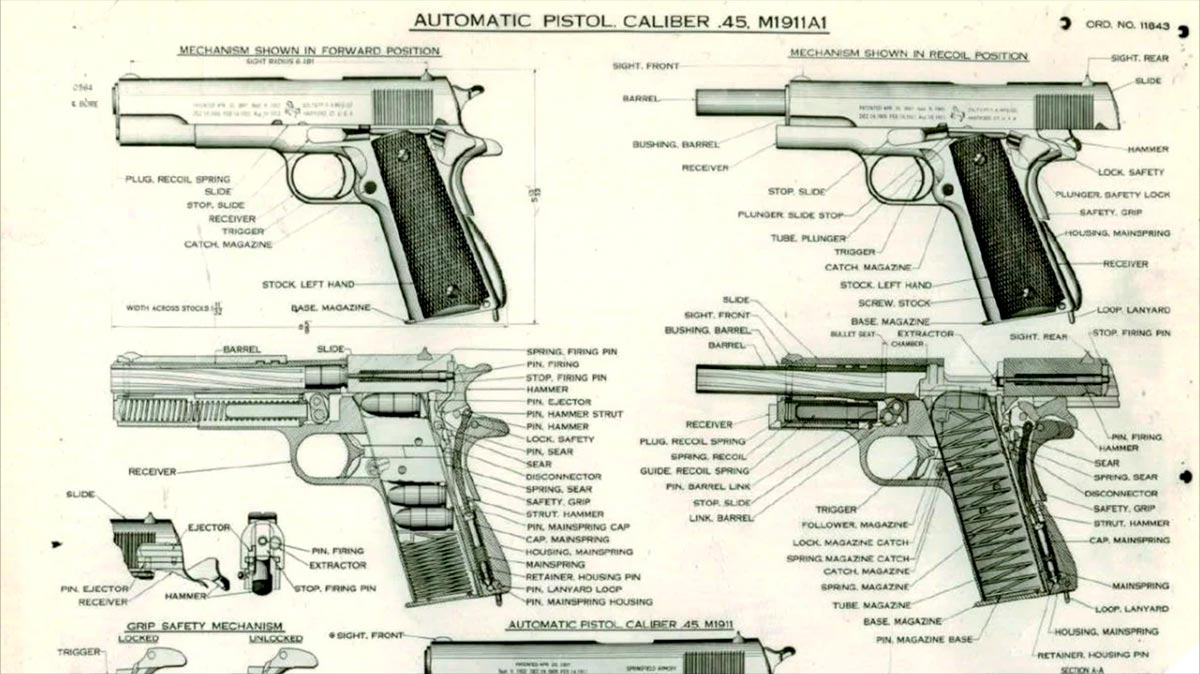 That also comes with some liability, though. You don’t always want a trigger that’s easy to press. For self-defense, I think 1911s are best reserved for experienced shooters who regularly practice. They’re very unforgiving of even small mistakes in safe gun handling.

The other aspect of the 1911 that still appeals to a lot of people is pride of ownership. It’s gratifying to own a really well-made machine that also looks like a really well made machine. That’s especially true if you know it’s been in the hands of a highly skilled craftsman or gunsmith who has customized the pistol to your exact specifications. A gun like that just compels you to take it out to the range and shoot it and carry it and show it off to your friends. There are very few semi-automatic pistols you can buy new today that evoke the kind of pride of ownership you can get from a well-made 1911.

The industry has responded to this by trying to offer ways for you to express your personality with your polymer striker-fired pistol, too. Most of those mods are pretty lame, but there are some useful ones. For example, you can send your Glock off to a polymer wizard like Ben Simsonson at Boresight Solutions. He will perfectly tailor the grip to your hand. You will shoot the gun better and it’ll look as nice as a Glock can possibly look. But somehow, it’s just not the same as a shiny chunk of polished steel and wood.

Even an off-the-shelf 1911 can have a wow factor that you’re not going to get from a more modern pistol. Take a look at this Dan Wesson Classic. This is just a great looking pistol. It’s classy and tasteful, but it still looks dangerous like a gun is supposed to. None of my guns look this good. 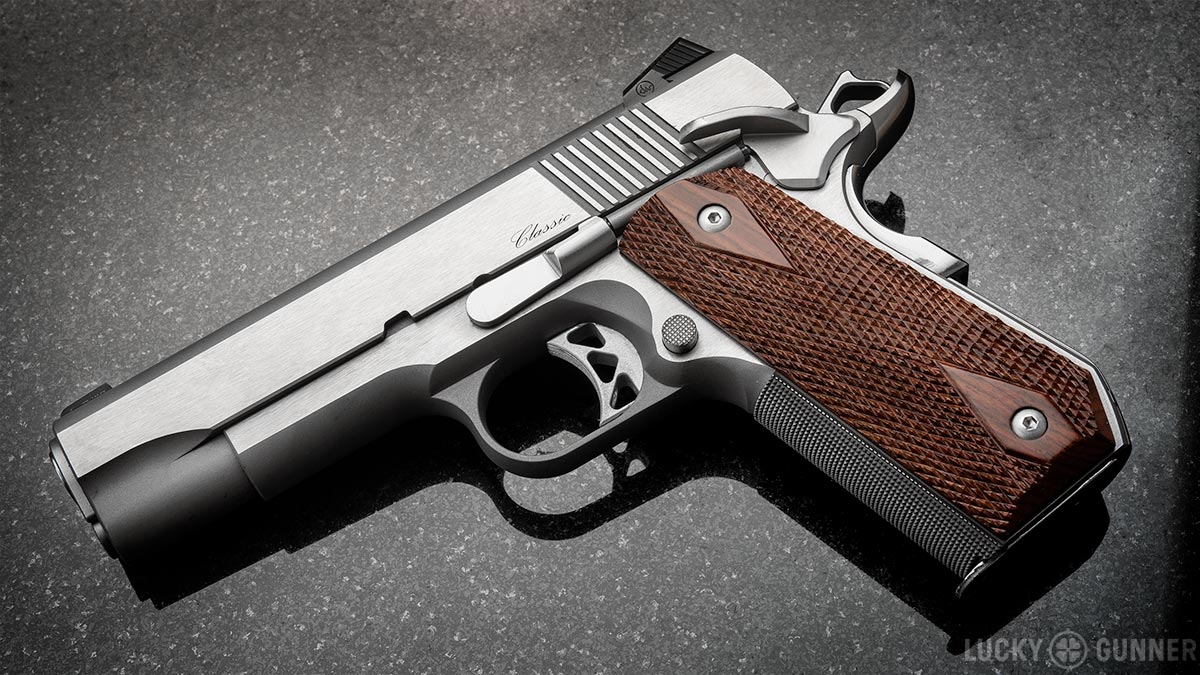 If you consider your pistol to be, first and foremost, a tool, then you might think this pride of ownership thing is kind of frivolous. You’re probably right, but most of us are not driven purely by logic. I’ve made the argument before that it can be a good thing to get some enjoyment out of owning and shooting your defensive firearms because that can help motivate you to practice with it more.

That can go the other way where we become delusional about how effective our gun might be or what we can do with it just because we like it. But generally, I think it’s a good thing to have some degree of affection for our defensive guns – whether that’s becuase of how they look or how they shoot or whatever.

I’m sure you guys can think of some other reasons people might love or hate the 1911. But I think I covered the big ones. I’m not planning to do more 1911-specific content at the moment, but if that’s something you guys want to see in 2022, be sure to let me know in the comments. We’re going to try to squeeze out one more video this month, but if that doesn’t happen for some reason, the whole Lucky Gunner team and I want to wish you a Merry Christmas and we hope you have a fantastic start to the new year. I’ll see you soon.