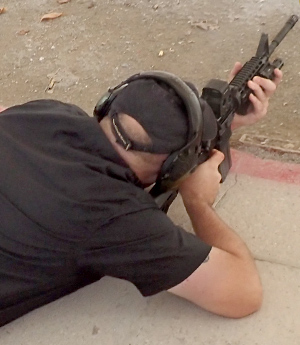 Spencer joined the US Army upon graduation from high school, where he served as a Combat Engineer and saw such exotic locations as Kansas, Missouri, and Arizona. He received an Honorable Discharge, returned to his home town, and began pursuing a Bachelor’s in Criminal Justice. After the 9/11 attacks, he interrupted his studies and worked as a security contractor for DynCorp International providing Force Protection for military installations in Qatar. Once he returned to the US, he worked as an armored car guard and as a 911 operator while he sought a sworn law enforcement position.

Spencer was hired by a large metropolitan police department in the Midwest, where he has worked for the past 10 years and change. He started in uniformed patrol in one of the most violent beats in his county. He is currently a Robbery detective, is a certified patrol rifleman, and serves on his department’s riot/crowd control unit.. Blue has investigated hundreds of violent crimes, primarily shootings and robberies, as lead or assisting detective.  He has been involved in one police action shooting, and has assisted in the investigation of many others.

The term “situational awareness” comes up frequently in the world of self-defense and shooting. It’s often regarded as the ultimate … Continued