It’s been almost two months since we posted the last update on the Legion 229 RX and I’m sure all of you are wondering what the gun has been up to. The answer to that is, “not very much.”

Between SHOT Show and what can only be described as miserable weather, I’ve not shot the gun much up until yesterday. I had originally intended on using the pistol to teach with, a plan that would have resulted in more rounds having been fired through it at this point, but somewhere between PHX and CVG, I lost all of my magazine pouches for the gun. My continued forgetfulness at sourcing new magazine pouches led an interesting, but very realistic, impromptu test condition. What happens when the gun sits untouched in my safe for a couple of months? 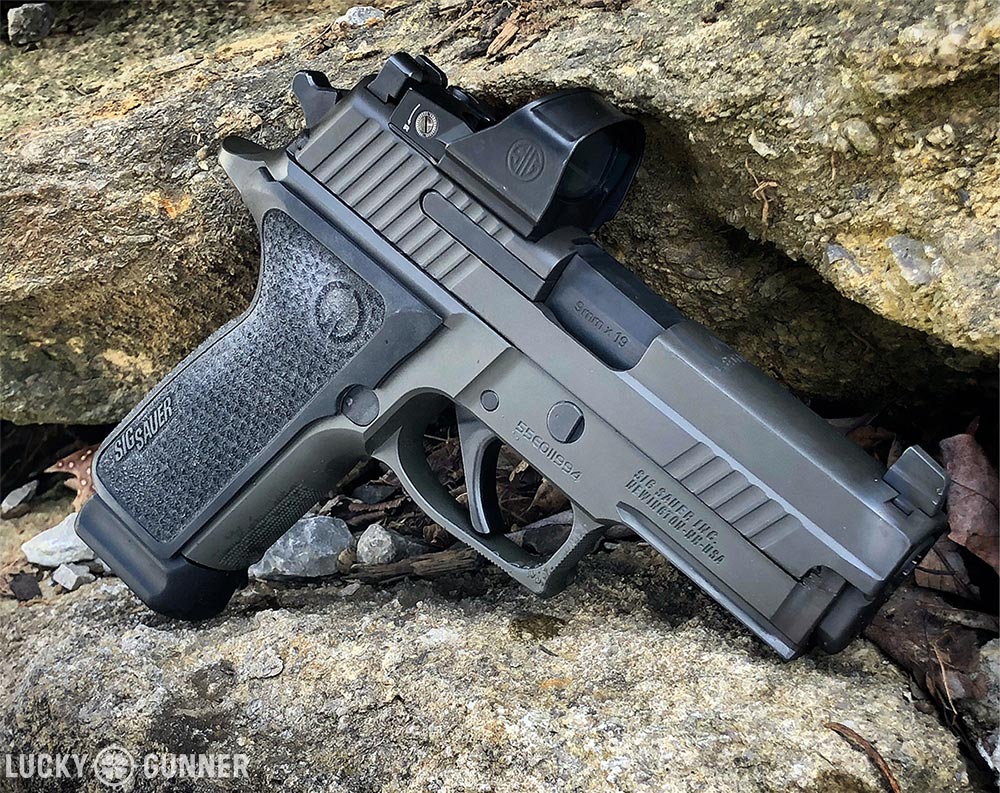 What happened in this instance is the Sig Sauer Romeo1 battery died, sitting still, turned off, in a safe. It was not hard for me to imagine that, instead of stored in my office safe, perhaps this pistol might have been staged in a bedside safe as insurance against a future Very Bad Day. Let’s just say picking the gun up and having the dot not work did not inspire much confidence in the optic.

I am John’s continued complete and utter disappointment.

Luckily, the local Walgreens carries the CR1632 battery that the optic takes. After a battery swap, the optic was back in working order. In the Romeo1’s favor is the ability to change the battery without needing to dismount or re-zero the optic. So, there’s that, at least?

After finally getting everything sorted with the dot, I ended up getting 600 rounds of Federal 124-grain American Eagle through the gun in about a two hour period. My primary interest was seeing what on-demand performance I could muster in less than ideal shooting conditions. The air temperature was in the mid 20’s, with about a 10 MPH wind. For the on-demand performance tracking portion of this range visit I decided to focus on the Advanced Super Test. I ran six of them back to back, and recorded the results. 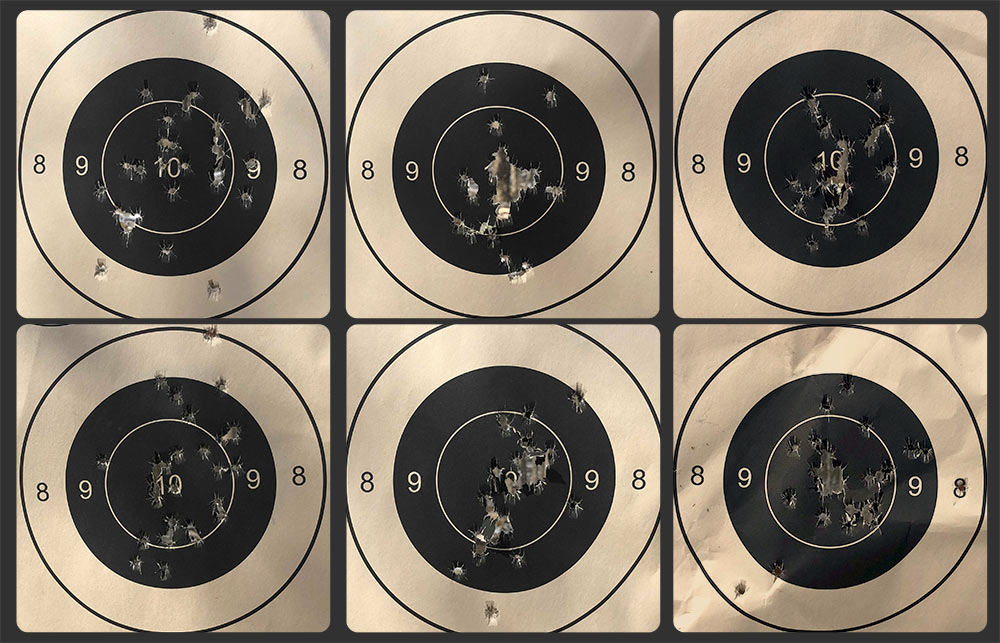 “But John, didn’t the weather suck the last time you were shooting Advanced Super Tests with this gun?” Yes. Yes, it did. I don’t think this had much impact on the final score, as at this point I’m pretty used to shooting in inclement weather but it is probably worth noting that conditions have been less than ideal for the majority of this test where I was tracking performance.

For rest of the session, I concentrated on skill building, mainly focusing on Bill Drills, Keepers’ Tests, and Failure Drills. Presentations, first round accuracy, and follow up shots continue to be incredibly inconsistent for me with the 229. I believe some of the issues stem from the fact that the dot on the Romeo1 is just not very easy to see in brighter conditions. This was an issue when I was shooting in Phoenix and proved to be an issue with snow on the ground. I know that some people are going to claim this has something to do with the size of the dot. It doesn’t. The Romeo1 simply does not adjust bright enough for my eyes in sunlight to acquire the dot the way I’m used to.

As for the pistol itself? The Grayguns upgraded parts add immense functionality to the gun. If you dig the classic P-series pistols, and you’re not “Upgrayding” them, you should probably fix yourself. The 229 continues to be more accurate than I am by a wide margin and I have certainly owned pistols in the past I was able to outshoot. Additionally, and this may not be readily obvious to some, it’s no small thing for the 229 to have been able to sit for months, get pulled out of the safe, and then function perfectly over the course of 600 rounds in a few hours.

Now that the weather is somewhat nicer and since the gun is still going to be given away at the NRA show in April, expect more frequent updates moving forward. For now, the jury is still out on the Legion 229. As far as the Romeo1 optic, though, I think we’ve reached a decision regarding it…

The Verdict So Far:
Does this gun suck? Maybe.
Does this optic suck? All signs point to “yes.”

That Time the Derringer Made a Comeback

The Derringer-style guns being made today are mostly patterned after the old single action Remington Model 95 that was in...