When I first heard about the new Leupold D-EVO optic, the first thing that came to mind was, of course, men in funny hats.

But that mental image quickly faded at SHOT Show last week after I saw the optic, which looks equally bizarre. 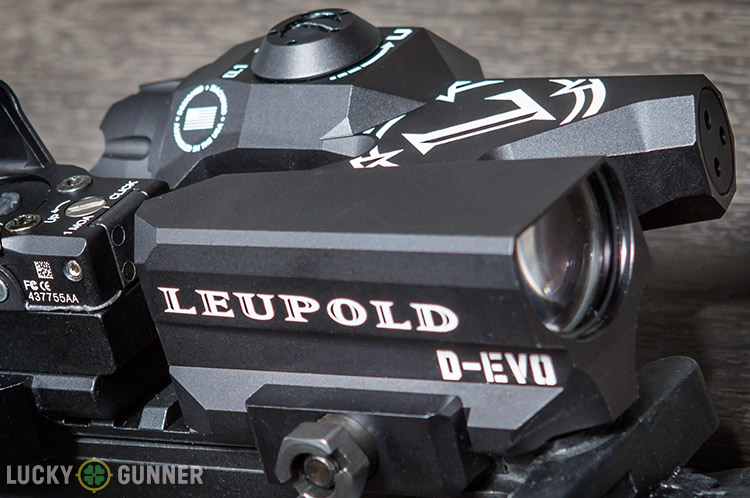 The Leupold D-EVO is a 6×20 fixed power optic that works like a sideways periscope. It’s designed to be mounted behind a standard red dot sight that’s on a riser. Using a series of mirrors, the D-EVO looks “around” the red dot’s riser and can be zeroed for the same point of impact as the red dot.

With correct eye relief, the user can look through the red dot and quickly glance “down” into the eyepiece of the D-EVO for instant 6x magnification of the same target. No movement of the head is necessary. No fiddling with knobs or magnifiers. Just instant switching between 1x and 6x as quickly as you can move your eyeball.

Okay, but what’s the point? And why should you be willing to shell out $1800 for this gadget? Some people will see the utility of it right away and praise its innovation. Others might wonder what the D-EVO can do that can’t be done with other (less expensive) optics already on the market.

At first, the temptation might be to compare the D-EVO to something like a 3x magnifier, but I think of it as more of an alternative to the “big thing” in the optics world right now: the low power variables. In the last few years, we’ve seen a lot of 1-4x, 1-6x, and even 1-8x scopes hit the market at all different price points. These optics give the user added flexibility over a non-magnified optic, but usually sacrifice something as well. The D-EVO seems to be engineered to address those shortcomings. 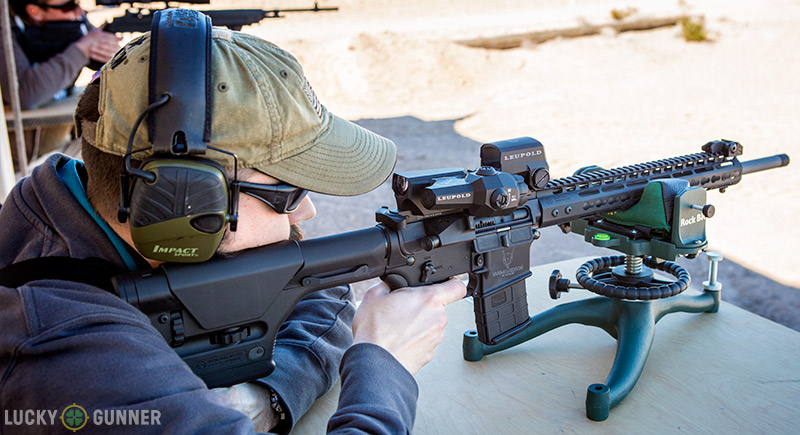 If you want a “true” 1x view in a variable power scope, you gotta pay. By “true 1x”, I mean that when the scope is set on 1x, there is zero optical distortion — the user can keep both eyes open with no disorienting effects, the same as using a non-magnified red dot. Variable scopes with a true 1x are out there, but they don’t come cheap, and they usually don’t have very forgiving eye placement compared to a non-magnified optic. In this regard, the D-EVO is comparable to a “flip-up” type magnifier since the user can run whichever standard red dot they wish, and the D-EVO doesn’t hinder its usability in any way.

Another issue with the low power variables is the reticle. Ideally, at low magnification, you see only a bright red dot or other simple aiming point that’s easy to pick up quickly for targets at close range. At higher magnification, some kind of bullet drop reticle is nice to have for mid to long range shots, but you don’t want that reticle to clutter up the view at 1x. Some first focal plane scopes are offering clever (and expensive) solutions to this issue, but Leupold’s answer is to literally side-step the problem alltogether. Two optics instead of one means that each is purpose built for its intended task. Your red dot can be a red dot and the D-EVO’s reticle is optimized for use at 6x only instead of a compromised dual-purpose reticle.

The D-EVO does look pretty bulky, and I was concerned it would add excessive weight to the carbine, but it comes in at just 13.8 ounces (including the integral picatinny mount). Add that to the weight of a compact red dot like the 3.4 ounce Aimpoint T-2 Micro, and you get a total just a hair over 17 ounces. That’ll make a carbine no heavier than one that’s wearing a Leupold Mark 6 1-6×20, which is one of the lightest 1-6x scopes on the market.

As with any new concept, it’s not all smooth sailing. At the SHOT Show 2015 range day, I only got to fire a few rounds through a D-EVO-equipped AR, but it was enough to notice a couple of little quirks. First, because the optic is off-set to the right, the hold-over dots in the reticle don’t appear in a straight vertical line. Take a closer look:

It makes sense for it to be set up this way in order to compensate for the position of the glass, but it would take some getting used to and I imagine it might complicate the process of zeroing the rifle.

The second, and more problematic issue, was the sensitivity of eye placement. The Leupold rep at the range mentioned that the stock they had on the AR wasn’t ideal for use with the D-EVO. That fact was readily apparent when I got behind the rifle. I had to really crane my neck forward in order to get my eye in the sweet spot where I could see both the D-EVO reticle and the dot on the Leupold LCO (a red dot sight, also new from Leupold this year). Any shift in my cheek weld resulted in losing the view through the D-EVO. It’s easy to get sloppy with eye placement when using a red dot, and if you aren’t careful, the D-EVO’s reticle won’t be visible when you look down.

When I finally did settle down into the right spot on the rifle, the optic worked as advertised and I also noticed a couple of extra advantages to the setup. The two reticles don’t work merely as an either/or option, but they compliment each other in some unique ways. With both a 1x and 6x view available, I could use the red dot optic to quickly acquire a new target and begin squeezing the trigger — then immediately look through the D-EVO to fine tune the point of aim just before the trigger broke. The D-EVO essentially gives you the magnification of a 6x scope with the wide field of view of a red dot.

Even if the D-EVO isn’t perfectly zeroed, it can provide an easy way to positively ID a target before lining up the red dot and firing . Provided you can keep your eye in just the right spot, there are tons of benefits to a dual-magnification configuration like this. 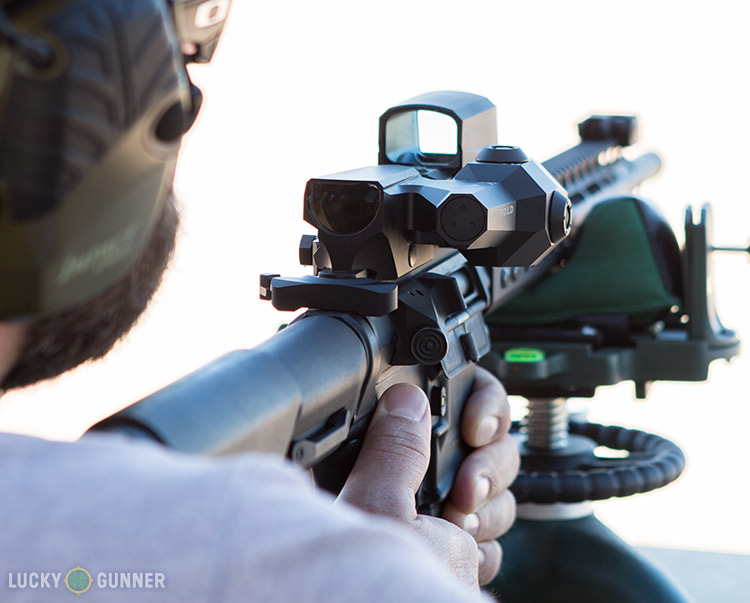 Theoretically, the D-EVO/red dot combo gives you the same flexibility of a low power variable, and adds some more on top of it. I’d have to spend additional time with the optic to know if the sensitivity of the eye placement is really as critical as it seemed to be at the SHOT range. If that issue can be addressed, I can see big potential in the D-EVO concept. Like many of the high-end low power variable scopes, the target market for the D-EVO seems to be the tactical/military user, but I could also see 3-gunners going for it, and maybe even hunters. If the price point drops with future generations of the prism style scope, I think the average AR-owning range warrior could be sold on the concept as well. Only time will tell as various third parties have a chance to really run this optic through it’s paces, so we’ll definitely be keeping a close watch on the Leupold D-EVO in 2015.